When brands come under public scrutiny for getting something wrong, how they act in the aftermath will dictate the narrative going forward. Mike Teasdale offers four tips on how to best handle a scandal.

In last month’s column, I wrote about the new EU data privacy laws and the huge reputational risk for companies found wanting. I cited the recent Facebook/Cambridge Analytica scandal as the sort of PR storm that brands can find themselves in suddenly.

Facebook was forced to apologise, and we had the tragic spectacle of the Titan of the new world being grilled by the dinosaurs of the old world. I don’t know what made me squirm more, the sight of Zuckerberg in a suit, or the jaw-droppingly naïve questions he was asked in the US Congressional hearings.

For Cambridge Analytica, the fallout was even more severe. Their clients abandoned them faster than Usain Bolt chasing a Chicken McNugget and they have now filed for insolvency proceedings. By any measure, that’s a dramatic outcome and it got me thinking about how brands should act when the proverbial hits the fan.

First, act quickly. When video footage of a passenger being violently dragged off a United Airlines plane went viral in 2017, the company was slow to grasp the scale of the problem. It said it needed to ‘reaccommodate customers’ so that staff members could board who were needed in another location to cover an unstaffed flight. United’s CEO sent an internal email referring to the passenger as ‘disruptive’ and ‘belligerent’. How rude of the passenger in question not to be well behaved and friendly as he was being hauled down the aisle like a sack of potatoes!

Only after a social media backlash did United take responsibility and make the apology it should have made immediately after the incident. They said that ‘no one should ever be mistreated this way’. But by this point it was too late for the public to be appeased and United’s consumer perception dropped to a ten-year low. The passenger in question lost a couple of front teeth in the incident but United lost a lot more. Ten years’ brand-building went up in smoke because they failed to staunch a wound quickly. Ouch!

Second, engage problems head-on. It’s not enough to act quickly; you also need to tackle issues head-on. When Pepsi found themselves in hot water over their 2017 ad featuring Kendall Jenner as a model who leaves a photo shoot and joins a protest, they defended the message of the ad and ignored criticism from viewers who believed it trivialised the Black Lives Matter movement.

In response to mounting pressure, Pepsi pulled the ad and admitted it had missed the mark but, even then, its apology was directed more towards Jenner rather than viewers. They failed to engage with the problem of cultural sensitivity and, as a result, came across as tone deaf and managed to turn something bland into a culturally offensive landmine.

Third, be upfront. When the Volkswagen emissions scandal erupted in 2015, the company’s response was shifty and mealy-mouthed. Consumers felt the company was not fully owning up to its role in the scandal.

In contrast, their Belgian car distributor D’Ieteren fared much better by being open and honest. They built a customer care website with a huge FAQ section, gave regular briefings to the media, and supported dealerships with information for their customers. Media coverage of the scandal ended up being more balanced in Belgium versus other countries, and Volkswagen’s share of the market there did not decline like it did in other countries.

Fourth, mean it as well as say it. Given the scale of the oil spill (equivalent to 4.9 million barrels), the Deepwater Horizon tragedy in 2010 was always going to be a PR disaster for BP. Yet they managed to damage themselves further by coming across as uncaring and not committed to improving. Their website carried scant information and few links to Facebook and Twitter. They described the amount of oil and dispersant as ‘relatively tiny’ in comparison with the ‘very big ocean’.

Instead, they seemed to be busying themselves with self-preservation tasks. They bought up several search terms related to the spill on Google and other search engines. They deleted internal messages showing that they knew the flow rate of oil coming out of the well was three times higher than initial claims by the company. And the CEO demonstrated an epic empathy fail when he said “I’d like my life back.” Oh dear!

Of course, time heals. United, Pepsi, Volkswagen and BP all still scrape by on multibillion dollar revenues. The business of business goes on. But at the height of their respective catastrophes, they must each have felt like Julius Caesar did as he was being done in and uttering those famous last words “Infamy! Infamy! They’ve all got it in for me!” 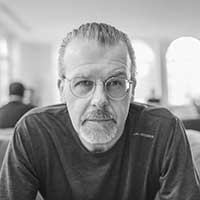