Gen Z identities in India are determined by several cultural patterns and Kantar’s Sandeep Dutta examines how marketers can connect with this complex generation.

Freshly graduated 21-year-old Prateek Patel, living in a swish part of Ahmedabad, India, recently experienced an agonising dilemma when he had to make a decision regarding his career goal. He was caught between his undying passion for fashion design and the promise of a prosperous life as a financial analyst in his family’s flourishing stockbroking firm.

Prateek was drawn to both with equal intensity and after considerable deliberation, hit upon an idea which ensured that he could have his cake and eat it too – he enrolled himself for a post-graduate degree in finance while at the same time interning with a leading fashion designer in his spare time. His plan is to be a financial analyst byday and a fashion designer by night.

Enthralled with his decision, he said: “I have chosen two career paths which are as different as chalk and cheese and I’m loving that. Sometimes I feel I am two different persons treading on two different paths and that makes my life really exciting.’

Twenty-four-year-old Ramila Weerasinghe living in Sri Lanka describes herself as a party animal who loves her job as a chef in a leading hotel in Colombo, as much as she does taking care of destitute women. When she is not churning out her famed crème brulée or partying, Ramila can be found counselling women who are coping with abusive marriages and domestic violence.

Ramila does not have a degree in psychology but she has enough zeal and empathy to volunteer as a helper in a social welfare organisation focusing on women’s issues.

A burning passion for activities that they like to engage in while purposefully striving to change the world are characteristics that define Gen Z and set them apart from other generations.

From Brexit to the Ukraine war, and from climate change to the deadly COVID, Gen Z grew up in a tumultuous world which has made them acutely conscious about the darker side of the world that they have inherited, pushing them to do something to make it a better place.

Also having grown up in the digital world as much as in the real world, they have been regularly exposed to diverse cultures, multi-narrative societies, unusual people and their unique life stories which have made them highly self-aware and desirous of self-expression. The “I” in them restlessly seeks expressions in travel, art, food, spirituality, stand-up comedy and other forms of creativity. Snapchat, the American multimedia instant messaging app, has recently released the 2022 edition of India-Gen Z report which reveals that nearly 60% of Gen Z believe that being true to “who I am” has become more important than before.

Although there is a stereotypical image of Gen Z being all consumed by passion and purpose and not really caring for financial stability and status like earlier generations, this is not entirely true, at least not amongst the Gen Z in the Indian subcontinent. There is a part of them that embraces Bohemianism, expressing themselves through their eclectic interests and social activism. But there is another part, a dominant one, which wants to be very much a part of the mainstream culture that manifests in earning a decent livelihood, owning a fancy house and car, and raising a happy family.

Rajeev Subramanian, a 23-year-old IT maverick who recently started his career in a Bangalore startup, India said: “People think we’re alternate but we’re not. We say we want different things but deep down, we want everything that our parents have and more. All my friends have dreams of owning luxurious things and generally want the good life.”

Gen Z are not believers of the law of dichotomy; for them, it’s not about choosing one or the other, it’s about walking several paths simultaneously and creating multiple narratives and identities for oneself.

The concept of multiple identities is not exactly new, it has been a phenomenon amongst millennials who were India’s first truly globalised generation. But Gen Z has taken the “art of creating and living multiple identities” to an exalted level. Born to the internet, they are exposed to diverse cultural discourses, highly informed about everything and have the social permission to experiment and explore new and different life possibilities.

Gen Z are never just “one thing”. The connected yet polarised world that they’ve grown up in means that their values and motivations are combining in unconventional ways. They are navigating between rampant globalisation and hyper-localism, mind-blowing scientific progress and back-to-nature philosophy, religious fanaticism and intense spiritualism. They realise that they have to pick and choose between these dichotomies and create their own space and pathways.

It is not uncommon to find Gen Z in India dressed in Tommy Hilfiger, Skechers and Zara performing traditional rituals at festivals or washing down spicy chicken biryani (a favourite rice dish in India) with Heineken beer or joining an online meditation class early in the morning after a night out pub crawling with friends. That’s Gen Z – true cultural omnivores who have mastered the art of navigating between dichotomies and weaving diverse cultural codes to form their “oh so unique” identities.

If we were to think of a frame of reference to describe the character of Gen Z, it would be “patchwork identities”. The German philosopher Wolfgang Welsch pointed out that today’s cultures are transgressive and exceeding borders, so we should be talking about transculturality and the patchwork identity. In this sense, we can also understand Gen Z as a transcultural construction, whose cultures derive from one another and form a unique union.

For Gen Z, the key point is not to define themselves through only one stereotype but rather for individuals to experiment with different ways of being themselves and to shape their individual identities over time. In this respect, one might call them “identity nomads”. The boomers worked hard for stability, Gen X was crazy about status, millennials believe in accumulating experiences while Gen Z wants all of these and more but in the realms of realism and inclusiveness.

So how do marketers connect with this bewilderingly complex generation?  To begin with, they must realise that there is no one magical route to connect with them but several routes that can be explored to reach them, provided they come across as realistic and meaningful.

There are two things that marketers may like to consider when addressing Gen Z: they look at consumption as an expression of their carefully woven identities and consumption as a matter of ethical concern, and most importantly, do not pigeonhole them in a specific space and time.

This is a generation that doesn't want to be part of a brand’s tribe but rather, wants to pick and choose bits of the brand that align with parts of their personality. Brands that grant them the space to express themselves will be better poised to connect with them deeply.

Some like Fastrack, India’s leading youth watch and accessories brand, have already begun their journey in this direction as is evinced in their 2021 campaign “You do you” . The campaign unabashedly promotes the culture of fluid identities and staying comfortable in one’s skin.

The writing on the wall is clear. Brands that stand for fluidity and diversity with strong ethical values are likely to make an impact on this generation, which thrives on being true to “who I am”. 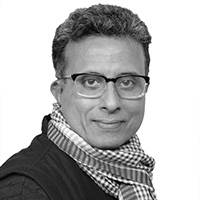