As we've all no doubt heard by now, China is retooling its economy. In a case of 'what got you here won't get you there', declining global demand for manufactured goods combined with a desire to climb up the IP food chain has meant that China has hitched its wagon to the innovation train. But how committed are they?

Regardless of what is to come, some large strides in this direction have been made already. Where intercity travel used to take days in old rattlers, China today has the world's most extensive high-speed rail network. Today's China produces 100 million graduates a year who are unfamiliar with the hardships of their parents. The so-called 'workshop to the world' now submits more patent applications than any other country, has committed 2.5% of GDP to science and innovation and RMB 6.5 billion purely for student entrepreneurship, as a counter to the Silicon Valley effect.

And it isn't all government driven. In the same way that private actors like Bill Gates and Warren Buffett invest in young startups, China's new tech heroes, such as ex China Google boss Kai-Fu Lee and Xiaomi boss Lei Jun, have teamed up to create their own venture capital fund to accelerate the top ideas. And to help facilitate, a host of community-like working spaces such as UR Work and Fuxing SOHO have sprung up as 'third spaces'. And reality TV shows showcase the startup stories to help them find investors.

All of this has helped China's tech titans produce a steady stream of interesting thinking. Search giant Baidu recently released intelligent chopsticks that help people detect harmful substances in their food. Alibaba has launched a virtual reality tool to help people buy anything they want from their own sofa and Tencent launched a 'red envelope' to enable people to send well-wishes to anyone, anywhere. Half a million people have sent at least one envelope.

And the nationwide focus on innovation is not just propelling startups and pure-plays, it is helping to transform 'traditional' ones too. Sports brand 361° has created an intelligent shoe complete with a GPS chip enabling parents to keep track of their children in crowded places - a big fear in China. Property development group Vanke is offering community apps enabling its residents to digitally book and manage all aspects of their local facilities, repositioning itself as a lifestyle company. Bedding company Luolai now sells sleep monitoring systems with its mattresses, helping to transform itself from manufacturer to solution maker. And music company Modern Sky has grown from being a music event company to offering a highly integrated platform incorporating signing and developing bands, selling their music to legal download sites and creating merchandise too, all under one roof. Unlike Western music businesses that bemoan technology's impact on the music business, Modern Sky is highly profitable and rapidly expanding.

In a chicken-and-egg type of way, the pervasive drive to innovation has also changed how people think and what people want. Where a few years ago Apple's 'think different' was a leadership expression, young people now say that this is what every company should do. It's a starting point, not an ending one. And in so doing, it has framed an unintended yet not unexpected clash between tradition and a new desire for individuality.

Knowing how these conflicting needs will play out is less clear. On the one hand, the whole nation is wrapped up in a kind of collective innovation imperative. A whole new great leap forward. Yet at the foundational level of education and the culture of open thinking, ideation and discussion, China appears less determined to innovate. One wonders how big, convention-challenging ideas can be arrived at without the cultural permission to do the same on an everyday basis. It's difficult to disrupt in business, without wanting to do the same in life. But this seems to be the plan.

A 'small i' approach to innovation, incubated in the increasingly 'walled garden', is achievable. We'll see much more of this from China. But becoming a true innovation leader will require a level of social disruption that may be a bridge too far. 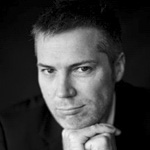