Outside of sport, it’s one of the few shared experiences across Europe, so why aren’t marketers making more of this week’s Eurovision Song Contest?

The UEFA Champions League final at the end of this month is Europe’s sporting equivalent of the Super Bowl in the US, attracting a global audience of around 400 million people, compared to the NFL season-closer’s viewership of 130 million or so. It’s also the sort of real-time occasion that’s catnip to advertisers.

But before that comes an appetiser in the shape of the Eurovision Song Contest, the annual competition that features singers and musicians from several-dozen countries in Europe and beyond (with Australia and Israel among the regular entrants).

A huge – and historic – media property

This year’s contest will be held in Turin, as Italy was the winning nation in Eurovision 2021 thanks to rock band Måneskin. 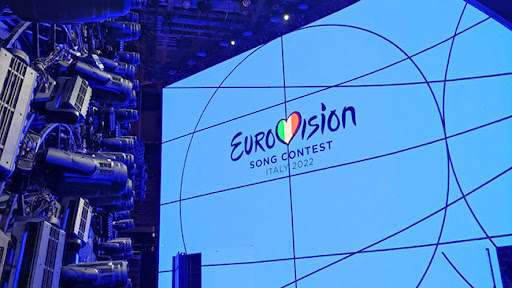 Alongside being one of the world’s most-watched non-sporting events, Eurovision is one of the longest-running television programmes in the world. It has grown hugely since seven countries participated in its first incarnation in Lugano in 1956, not least during the 1990s when, following the end of the Cold War, many Central and Eastern European countries were keen to take part, seeing their involvement as part of a definitive shift away from the Soviet era. (Russia, which won the competition in 2008, won’t be in the line-up this year, but two-time winner Ukraine will be there.)

As a televisual spectacle, Eurovision pulled in north of 180 million enthusiastic fans across 36 markets last year, many of them viewing on ad-sponsored linear TV, and often quite a few tuning in as they hold Super Bowl-style watch parties. And that audience is pegged to hit 200 million in the 40 participating countries in 2022.

While participating broadcasters pay a fee, the bulk of the costs of hosting the event fall to the national broadcaster in the victorious country from the previous year’s Eurovision and to the host city. That financial burden even inspired “My Lovely Horse”, a parody Eurovision song in iconic sitcom “Father Ted”, which suggested Ireland wanted to avoid the expense of winning the competition again, having seen Johnny Logan do so in 1980 and 1987, the only artist to be victorious twice.

For its part, the UK has rarely taken Eurovision that seriously – or not, at least, not since the days when the country actually won it (the last time was 1997, with a song by Katrina and the Waves).

The past 25 years has seen the annual televised event lovingly mocked on UK screens by a couple of Irishmen offering a fine line in dry humour to BBC viewers: firstly, by much-loved broadcaster Terry Wogan, and then by his successor, popular comedian and chat-show host Graham Norton.

As a result, it’s hard for an old cynical Brit (or what we’ll call an “OCB”) to understand how other countries feel about Eurovision. With the BBC not carrying ads, it’s doubly difficult for an OCB to fully appreciate the marketing potential of the event, now spread over a week, and its contestants.

Marketers can use Eurovision as a unifying force

A dive into the WARC archive, in fact, comes up with just a handful of activations around Eurovision, compared with hundreds around the Super Bowl and Champions League (which suggests there’s plenty of scope for brands to get more inventive around the popular musical happening).

One of those campaigns is from Ukrainian beer brand Lvivske (part of Carlsberg Group), which sponsored the contest in 2017 when it took place in Kyiv. The communication goal and challenge back then was to create a link between a modern song contest and a conservative beer brand that preserves the country’s traditions and culture.

A three-stage process – of promise, involvement and celebration – delivered results for the brand, including significantly increased sales in both Ukraine and Moldova, increased frequency of consumption, and top-of-mind awareness.

It is a strange coincidence how the two most recent examples come from two countries now at war with each other. As the Lvivske case study poignantly noted, “Music has the power to unite people from different generations and backgrounds”; recall, too, that 150 years earlier music was “the shorthand of emotion” for author Leo Tolstoy.

Music as a marketing driver

But both campaigns showed how Eurovision can help drive business and marketing success for brands.

Exactly how they do that will depend on multiple factors, but even without the carefully planned campaigns of these case studies, social platforms offer opportunities to explore engagement with audiences who are discussing the songs and performers and who they’re voting for.

In the past, for example, toy brand Fisher-Price promoted its Rock and Record microphone by simply asking people what Eurovision song they would sing.

Just as music is known to be effective, but under-utilised, as a creative strategy and branding asset, so, too, Eurovision is a musical event that is often underplayed by marketers.

A WARC Best Practice article notes that ‘Music can also be a source of brand content, both as brand communication that goes beyond the bounds of traditional advertising and as a partnership or sponsorship opportunity’.

The same sort of thinking might usefully be applied to a hugely popular international televisual event that’s been running for 65 years.