Amazon is quietly introducing its own grocery brands, but are they any good? MMR’s Andrew Wardlaw finds out.

If agile was the buzzword of 2018, then disruption must be a front-runner in 2019. Small insurgent brands already represent a serious threat for established players, creating a daunting prospect of declining share in low-growth categories. And then there’s Amazon. If ever there was a disruptive influence, they don’t come much bigger.

Amazon has aggressive ambitions in grocery and has quietly brought in several own brand grocery ranges. Is this the calm before the storm? Should established brands be worried? Are Amazon grocery brands any good?

We decided to find out with two exclusive research studies: one quantitative to gauge people’s sentiment towards Amazon concepts, and a further, more immersive study to assess the true sensory performance of Amazon packs and products. Do they live up to people’s expectations of this all conquering behemoth?

Using our MMR Express platform, we used a combination of AI, direct questioning and pricing techniques to pressure test the Amazon ranges vs. established brands.

At a superficial level, we found broad consensus that Amazon has the credibility to succeed in grocery. Most people talk positively about Amazon’s delivery capability (80%), trustworthiness (77%), ease of use (74%) and price (70%).

But we also detected significant levels of confusion in respect of how grocery deliveries would be made. “Dirty white vans?” thought many! There was further negativity around freshness and company ethics.

For the ranges themselves, Amazon’s landing is a little bumpy. For each of the five Amazon brands we profiled, many failed to solicit decent levels of trust, confidence or sophistication.

In the battle between mayonnaise contenders, for example, our AI approach (which captures consumer sentiment without asking questions) detected 90% of participants discussing taste when confronted with Hellmann’s, with only 64% doing so with Solimo [Amazon’s own brand]. Hellmann’s also stirred up a lot more discussion around quality and pack aesthetics.

A similar story played out in the battle between Fairy Liquid and Amazon’s Presto brand. Fairy lords it over Presto, which fails to make any meaningful impression at all. Basically, it’s all a bit ‘meh’. There is more encouraging news for the online giant with its Wickedly Prime Spaghetti. We pitched it against Barilla and it does a pretty good job at creating positive emotions.

The algorithm found both brands equally successful at generating conversations around Italian heritage (86%), with the Amazon offer generating higher engagement around taste (79% vs. 70%) and health (78% vs. 57%).

When it comes to creating a brand, conceptually at least, Wickedly Prime Spaghetti has delivered something that fires people’s imaginations. That’s not something that we can report for Presto or Solimo.

For a deeper dive into consumer sentiment and their sensory responses to Amazon’s own brands, read Andrew’s longer article on WARC: Is Amazon grocery any good?

This has been a fun and engaging piece of research for us at MMR, and in our opinion raises some serious questions for Amazon if they wish to go on and develop these ranges.

The general failing of Amazon’s packaging to reassure and engage, and the absence of well-chosen sensory cues to deliver against expectations is startlingly evident.

We know that Amazon are in the experimentation stage here, and that Wickedly Prime Spaghetti does illustrate that they can get it right if they really put their minds to it. So, we will wait with interest to see what Amazon does next. 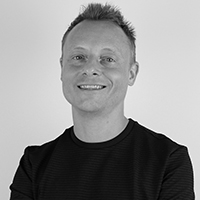