Legacy businesses are fearful of disruption from external competitors, but Pip Hulbert, CEO, Wunderman UK, asks whether we should think of disruption as an inside job.

Data is the pounding heart of modern enterprise. Changing our perceptions, delighting and disrupting people in equal measure. A bit like a good metal band.

In July, it was revealed that Metallica tailors its setlist for each city, based on what people listened to most on Spotify. If a middle-aged rock band is using data innovatively, why do some of the world’s most established businesses still struggle?

99%* of brands say that data is critical to success, yet enthusiasm wanes when it comes to using it: 62% are unable to turn data into any actionable insight, and 68% can’t use it to inform their creative output.

There’s often cognitive disagreement between what business leaders say they’ll do with data, and what they feel able to do within the constraints of the business.

The bigger picture is this: encouraging your people to think differently about innovation.

Because you can’t effect meaningful external change without internal transformation first. This is no easy feat – the bigger the business, the harder it is to future-proof.

However, using the data you own to guide a company’s direction doesn’t have to feel ‘risky’. Because it’s not. It’s not Metallica performing with an orchestra, threatening to derail at any second. It’s just good hygiene.

Doing nothing is not an option. Businesses that don’t change how they think and operate will fail.

Take Apple and Nokia: Apple is a disruptive business. Nokia was a reactive one.

Apple didn’t win the mobile tech race just because it sold a great phone. It won because disruption was inbuilt. It employed people who wanted to set their own boundaries – and they were encouraged to.

Taking risks, rather than just iterating, pays off. After all, people really like Apple - it’s recently became the world’s first trillion-dollar company.

Start-ups (arguably in a better position to innovate, due to their size) are also creating brilliant data-led customer experiences. This means that every business is now under threat, from both ends of the market.

Time has never been more of the essence.

Moore’s Law means the innovation landscape is still on an upward trajectory, each year bringing fresh tech advances to factor in to how we work.

Ironically, the bigger the business, the harder this can be. Trying to convince Board members they can’t hold back the tide is tricky. Nearly three-quarters of business leaders (72%) admit they feel limited by short-term thinking, despite everyone recognising the importance of investing for the long-term.

All too often their resistance translates to a simple lack of strategic vision. The core challenge therefore lies in finding a sweet spot between selling-in the quick wins and what the business could gain from digital transformation. Data is integral to this shift. Data is Metallica’s ‘Black Album’, updating the formula, roaming where others are too apprehensive to.

Data interrogation is often avoided because people view the gaps in the system as potholes, rather than opportunities. Convincing data-deniers means educating them on the advantages of using data to set disruptive thinking free.

All business leaders – well, 99%, if you’re a stickler – acknowledge that a data-led workplace will enrich staff’s lives and enable the business to connect with contemporary customers. We just need to convince everyone else. Clarity of vision is the key to selling in advanced data processing – particularly why it must go beyond the marketing department to offer transformative insights across the business.

The challenge here lies in the lack of horizontality, as departments jealously guard their data. Our research found that 70% of leaders feel adversely impacted by silos, and 89% believe this reduces their ability to deliver cohesive messaging.

Breaking down the departmental silos, allowing a free-flow of data, should be the unquestionable goal here to enable new ways of thinking within an organisation.

Inciting real change is a long game. You need to incentivise people to look beyond immediate wins and focus on achievable goals that lead to bigger ones.

I’m an advocate of what I term ‘determined patience’. It entails respecting existing processes while also exercising your vision, no matter what. There will be storms, so you need to anchor your business to data – that’s going to be your source of strength and direction.

Strength and direction. That’s the crux of it.

Metallica publicly battled file-sharing. They made an art-rock album with Lou Reed. They were so bold as to cut their hair. All terrible business decisions, in the eyes of die-hard fans. But they’ve always been miles ahead of their contemporaries, because they believed in their own strength and direction. 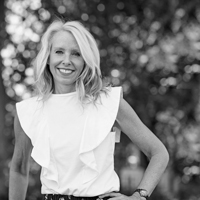