Brand loyalty is a strange concept, we often think people are loyal when, in fact, they are habitual. Of course, there are levers that marketers can pull to drive both.

But as we lurch towards recession and the frankly terrifying prospect of annual energy bills of £5,000, people are already starting to change their buying behaviours based on cost. Brands cannot sit back and rely on past loyalties or habits.

In research from What’s Possible Group*, conducted by YouGov, 61% of the population are worried about paying their energy bill, 22% are very worried and this increases to nearly a third of mid-aged families.

Obviously financially disadvantaged groups are most worried, but we are also seeing mid-affluent families starting to show concern. This should concern many brands, as this is a core consumer audience, especially around Christmas.

Our research indicates people are already making choices. People claiming to be looking for cheaper groceries has risen from 56% in April/May 2022 to 61% from June/July 2022. People not looking for any savings has dropped from 25% to 22% in the same period.

This indicates that people are reconsidering what food to buy, the reality is that if the energy cap more than doubles in a year, with other inflation and significant increases in the base rate, that around two thirds of the population are going to have to make stark choices.

But there is also a consumer divide when it comes to just how much the recession is going to hurt. To understand this more, it’s worth looking to evolutionary psychologist Robin Dunbar. His insight and research into human behaviour developed the “Dunbar number,” which defines the number of stable relationships people are able to maintain at one time.

So, in the UK, we roughly know 1 in 447,000 people. We assume we are well connected; this is a myth, we all live in tiny bubbles with broadly similar people, with pretty similar attitudes and life experiences and it’s defined by geography.

Most of the people we know live close to where we live.

The barriers and structures that define our society are baked in. David Goodhart’s inspirational pre-pandemic book, the Road to Somewhere, highlights that three in five Britons live within twenty miles of where they lived when they were aged 14. If people leave home to go to university, they tend not to return.

Our nation is divided by location. The 60% who haven’t moved Goodhart calls ‘Somewheres,’ these tend to live in less affluent, non-metropolitan communities, who are already experiencing deprivation. There is a university educated urban elite of about 20% called ‘Anywheres’, who have little attachment to any area and tend to congregate in areas of affluence. This is the key fault line in our society.

Affluent, socially mobile people tend to group together in exactly the same small non-diverse communities as less affluent people. The South East accounts for 70% of the UK’s top 20 per cent of socially mobile areas, while Yorkshire, Humberside, the North-East and the West Midlands have none. Wealth and opportunity is unevenly spread.

There is a myth that we are a united nation – this United Kingdom – but all the evidence suggests that the economy is fragmented by affluence and geography and there has always been significant disparity. The less affluent groups had a tougher time of lockdown and the economic downturn is going to hit them harder still.

Why is this important in terms of brands? Distrust is now society’s default emotion, according to Edelman’s Trust Barometer. Nearly 6 in 10 say their default tendency is to distrust something until they see evidence it is trustworthy. Our trust in Government is crashing; asked by YouGov in August 2022 ‘how is the Government handling the economy?’ 76% of us think badly, leaping from 46% only a year ago. Our trust in Government is in freefall, especially amongst younger. and mid aged groups.

Brands don’t escape, half of people feel that business is not doing enough to address societal issues; 52% on climate change and 49% on economic inequality.

The future is going to be very tough and the impact is unequally distributed.

When people are choosing between heating or eating, they will quickly switch to value brands (or not spend.) Loyalty is also a two-way street, brands that enjoyed loyalty from consumers will now need to demonstrate it back to keep them.

Obviously, showing and demonstrating empathy is key and being seen to be on the consumers’ side is a sine qua non. ASDA has demonstrated this by tackling the food crisis for families head on, children can eat for just £1 at Asda Cafés across England and Wales this Summer, with no minimum adult spend. They’ve identified that there are specific groups who will be hit harder, specifically families on fixed incomes and are doing something positive.

Our view is that the brands that will win and generate long term loyalty will be the ones that target specific offers like this to struggling groups. The evidence suggests that the nation will be more fragmented and extremely stressed. Brands that help specific groups of core customers will generate longer term loyalty, this doesn’t have to be for everyone, helping local people in communities could be as important as national campaigns, but being on the consumer side is going to be key for at least 18 months.

Some advertisers may wish to steer a steady course and identify and target people – the older, more affluent cohorts who are still spending - who are less affected by the energy crunch.

Challenger brands may see an opportunity to generate trial by offering value deals to the people who are by necessity looking to spend less. But all brands need to put themselves in their consumers’ shoes and empathetically act using a world perspective that is likely to be different from their own.

The question ‘what price for brand loyalty?’ has probably never before been quite as literal as today.

*research taken from What’s Possible Group/YouGov omnibus survey of c2,050 nationally representative gen pop respondents. Wave 1 – 29/4/22 to 1/5/22 and Wave 2 – 30/6/22 to 1/7/22. These are the first two of four waves of consumer research What’s Possible Group is conducting this year as part of their Energy Pulse Project. 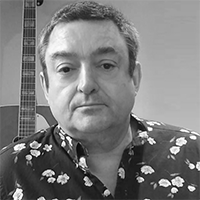