Gender expression has long been a metaphoric anchor for advertisers – but its clout can swing either way, writes Helen Rose, head of insight and analytics at independent media agency the7stars.

As the media controversy surrounding JK Rowling shows, gender fluidity is a contentious area. But progressive brands in search of impact are leaning in, not away, from the debate.

These developments meet the demands of a vocal counter-culture – led by millennials and generation Z – that is tearing up the rulebook on narrow gender norms. Tone is everything at this pivotal moment of change, however, and campaigns can easily stray off-mark.

In an effort to better understand the changing gender agenda in advertising, the7stars, the UK’s largest independent media agency, along with neuromarketing agency Neuro-Insight and cultural insight agency Sign Salad produced a whitepaper, Beyond Binary, that explores how exactly this shift is taking shape.

Here are three of our key findings on how brands can read the room and galvanise their reach with more incisive gender messaging.

With supposedly funny sexist ads falling flat on social media, changing consumer sentiment – underwritten by recent regulatory changes – means that gender stereotyping no longer commands the comedic appeal it once did. But humour still has an important part to play; especially if it challenges gender clichés head-on.

Think of Heineken’s Men Drink Cocktails Too campaign this year, which cleverly plays with the awkwardness of couples being handed the wrong drinks – on the assumption that women drink cocktails and men go for beer. This familiar scenario was dealt a light touch in the ad. It used humour to appeal to its dominant audience (men) without alienating an emerging market (women), and all while giving a nod to gender inclusivity in a way that avoided being too obvious or self-congratulatory.

Old Spice’s The Man Your Man Could Look Like campaign is another great contender in this category. Brand owner Procter & Gamble could have simply relied on the time-honoured model of the archetypal alpha male in its ads; but instead it chose to poke fun at the concept of a strong and rugged hero. In doing so, it removed the “manly” pressure inherent in the male market while also appealing directly to women as influential buyers of Old Spice.

The upshot? Humour is a potent asset for advertisers, but to hit the mark it needs to evolve in line with contemporary experiences of gender. It works best by undoing –  rather than reinforcing – outdated norms.

In an age in which gender exists on a fluid scale (as opposed to a fixed, binary construct), inclusivity becomes an inherent truth: and one that stands in contrast to the sense of exclusivity that has, for so long, dominated mainstream advertising.

Rihanna’s new skincare line, Fenty Beauty, launched with male rappers A$AP Rocky and Lil Nas X. Dazed Beauty now has a section dedicated to rethinking masculinity. Adidas is among brands venturing into gender-neutral concept stores. None of these efforts feel contrived or attention-seeking: they are merely moving away from binary definitions of gender as part of a natural marketing progression.

Underrepresented communities and voices are important here, as is empathetic treatment of the crossover of gender with other topics such as puberty, mental health and self-esteem.

Starbucks’ Every Name’s A Story campaign powerfully harnesses the moment at which a young person can be called their chosen name; regardless of gender. Always’ Like A Girl film spotlights the point at which girls’ confidence levels nosedive, and they become ashamed of running, throwing or fighting “like a girl”.

A central part of this empathy comes with the ability of brands to speak freely about body issues once considered taboo. Bodyform’s #wombstories film sensitively delves into a matrix of talking points from periods to miscarriage, endometriosis and menopause. Similarly, Modibodi puts period visibility front and centre with its New Way To Period campaign that normalises cramping and staining.

By talking about periods as they are, minus the coded symbolism of  “feminine hygiene” products, these brands win plaudits from an audience intent on dismantling an outdated culture of secrecy and shame.

It’s not just period products that are taking this approach, either. The candid tone of ads by hims, a manufacturer for hair loss and erectile dysfunction products, shows that breaking down bodily stigmas is important at all points of the gender continuum.

Communication surrounding this area should be open, honest and empathic but it also needs to avoid any sense of implicit pressure. Bodily improvement in this context does not demand the gaze of the opposite sex (everyone remembers Protein World’s disastrous Beach Body Ready ads) but instead represents a wider, more kind dialogue around self-care as a value in and of itself.

Since all brands represent identity in one way or another, the shifting dimensions of gender are an opportunity not to be missed. With an ear to all the nuances caught up in this issue, advertisers should join a new generation of voices in pushing the boundaries of what gender really means and ensure this is reflected in their communications strategies. Because, in a bold new age of non-binary, there will be many more stories to tell.

Founded in 2005, the7stars is the UK’s largest independent media agency.

The award-winning agency is recognised for its unique approach to media planning and manages over £400m of billings for clients including Suzuki, Ladbrokes Coral, Discovery, Nintendo, and Iceland.

Reflecting its innovative company culture, the7stars has been named as one of the top SMEs to work for by The Sunday Times for eight consecutive years and was recognised as a company to inspire Britain by the London Stock Exchange.

Find out more at www.the7stars.co.uk 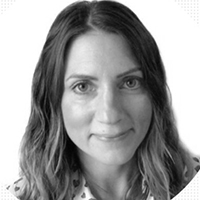 Head of insight and analytics at the7stars.
Get a demo
Topics
Send feedback