Apple’s fascinating ongoing crusade to champion user privacy is about to reach another pivotal stage with the implementation of its AppTrackingTransparency (ATT) policy, a move which will change mobile advertising tracking and measurement as we know it.

Back in June 2020, Apple announced it was changing the way app developers can track users across other apps and websites by altering how developers are able to access Apple’s Identifier for Advertisers (IDFA), which has long been the staple of mobile measurement and attribution for iOS mobile advertising campaigns.

The IDFA allows apps to serve personalised and targeted mobile ads to users within iOS apps, track the user’s actions and measure campaigns against advertiser goals (app installs, clicks, sales etc.). The IDFA keeps the user’s identity private but attributes their actions across apps and website to a single ID that can be tracked by mobile marketers, app developers and mobile ad networks.

Unlike the third-party cookie, IDFA isn’t going to be retired as part of ATT. Apple will now force app developers to request permission to track users across apps and websites (and therefore use the user’s IDFA) by pushing a notification where the user can ‘Allow’ or ‘Ask App not to Track’.

Importantly, Apple isn’t just stopping there: the conditions for ATT require app developers not to use any other workarounds or methods to track the user outside of IDFA. If they do, the app risks facing expulsion from the iOS App Store.

Why is this a problem for Google and Facebook?

Apple has always predominantly been a product company, not an advertising company. For many years it has openly stated that its focus is making money from selling its products and services, rather than making money from advertising. Google and Facebook, on the other hand, are very much reliant on advertising revenue, making this ATT implementation very problematic for them as app developers.

Understandably, most marketers believe that a large number of users will opt-out of this tracking due to their concerns over data privacy, therefore stopping app developers and ad networks from using the IDFA, tracking the user activity and accessing the corresponding insights. For marketers, this also stops apps being able to attribute conversions to their advertising campaigns, representing a big change in the way their mobile campaigns will be measured and their conversions credited.

Facebook – and Mark Zuckerberg personally – has criticised Apple’s ATT by questioning its true motives with a series of newspaper adverts and a Speak Up For Small Business website. Despite the public criticism and an initial resistance against using IDFAs as a result of the policy, Facebook has stated it will continue to use the IDFA for the Facebook app on iOS – it has been strong-armed into the decision, and it doesn’t have an alternative. ATT news has caused Facebook’s stock to fall, despite the company posting positive year-on-year advertising revenue growth – it’s something investors are closely monitoring and the impact on Facebook’s business value will be intriguing.

Apple, unsurprisingly, is unmoved by Facebook’s open criticism. The ATT policy is happening and Facebook’s advertising revenues will suffer as a result.

Google has been quieter on the topic, letting Facebook take the stance of public prosecutor against Apple and what Zuckerberg sees as unethical underlying motives. Although Google has publicly acknowledged that there will be a negative revenue impact for app developers, it has stopped short of getting involved in a public war of words. This is unsurprising – Google has its own ongoing battle with user privacy to focus on with Privacy Sandbox, and pointing fingers when it hasn’t got its own house in order wouldn’t be a good look.

Unlike Facebook, Google has said it will not use IDFA for its campaigns, and therefore won’t need to show the request prompt to users. The company, like many other app developers, will shift to a different Apple measurement tool called SKAdNetwork. The difference between this and IDFA tracking is that advertising will be measured on a campaign level, rather than a user level.

As if this all weren’t confusing enough, Apple has controversially introduced Apple Adds Attribution API, a separate advertising measurement API that seemingly gives its own ad network (Apple Search Ads) extra measurement privileges that are incremental to the SKAdNetwork. These added features will allow Apple’s own app network campaigns to have a more granular measurement methodology than those campaigns sitting on SKAdNetwork.

Perhaps Zuckerberg has a point after all.

What does this mean for marketers?

Advertising tracking and measurement has been experiencing a slow transformation for a long time and Apple’s ATT privacy measures are just another stage of this process.

This policy is mirroring other tracking policies across the industry, including Google’s own Privacy Sandbox, which is moving marketer focus away from granular user-level measurement towards more macro incrementality measurement.

The difference between Apple’s policies and Google’s is that Apple implements them much more quickly. Google’s Privacy Sandbox solution is expected to land in 2022, representing a much softer approach to user privacy than Apple’s faster, and arguably clearer, strategy.

It’s important to note that these changes obviously only affect campaigns running on iOS; Google’s own Android platform doesn’t use IDFA tracking, as it has its own technology (Google Advertising ID – AAID).

For most marketers running cross-channel campaigns, the level of measurement through SKAdNetwork will be sufficient to measure iOS campaign performance and attribute success to ad spend. But for mobile ad networks, app developers and the advertising duopoly of Facebook and Google, this will represent a hole in their audience-based advertising measurement and restrict the user-level insights that their revenue models currently rely on. 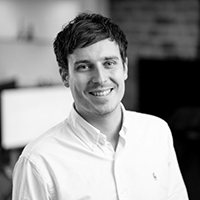 Jack Shearring is the Managing Director at LEAD Digital Consulting.
Get a demo
Topics
Send feedback