The looming double-dip global recession will one day seem a minor economic ripple compared to the migration of some 3.5bn people from rural to urban communities worldwide during our lifetimes.

This is quite a subject to chew off with the first expresso of the day. But in the latest of its "Big Ideas Breakfasts", Flamingo - the brand and insight consultancy - and Doug Saunders, author of Arrival City, a non-fiction account of urban migrants, provided striking insights into the coping strategies, sacrifices, and aspirations of these marginal communities round the world.

If the projections are to be believed, such communities will provide much of the growth in emerging markets, with implications for governments, businesses and brands. No wonder Flamingo called the event "Marketing to the Earth's New Urban Majority".

Broadly speaking, urban migrants are the most ambitious/successful/lucky of the rural poor who move to slums or shanty towns on the outskirts of cities, and then over the course of generations tend to either improve their economic situations or fail and return to their villages.

James Parsons, managing director of Flamingo Asia, labelled the phenomenon an "argument with destiny" taking place all over the Asian continent as people made extreme efforts to escape the bonds of rural poverty, state corruption and cultural barriers such as caste.

Using the Asian Development Bank's controversial definition of the middle class as anyone earning between $2 and $20 a day, Parsons argued that there were now huge numbers of people in China, Latin America and parts of Africa who fell into this group, and their needs and aspirations must be understood.

He found parallels between anti-corruption demonstrations in India, China and Brazil as newly confident middle class urbanites called governments and business to account. He also cited brands that had knowingly played to urban aspirants in these markets.

For example, in a TV spot for RIN, Unilever's Indian laundry brand, a young boy on a bicycle is shown being patronised by an older man in a car. However, the boy's cleanly laundered shirt allows him to assert that the only difference between the two is that the older man  has two more wheels. The boy vows to get these "one day" as he rides off through the gridlocked traffic.

Another literal and metaphorical example of emerging market consumers on the move came from Mexican motorcyle brand, Italika.

The motor scooter is considered an essential requirement for urban migrants to find better work opportunities since their communities are often on the edges of cities, and poorly served by public transport. Although regarded as inferior to other brands, the Italika had succeeded by offering easy weekly payment terms, well suited to its audience's hand to mouth existence, and its business model is now being rolled out across Latin America.

Parsons reeled off other growth opportunities in life insurance, health and hygiene categories as urban migrants, no longer urgently threatened by starvation and disease, sought to improve their lives in basic ways.

The following speaker, Doug Saunders, offered a mostly optimistic scenario in which mass urban migration would bring with it a dramatic reduction in starvation and over-population. He cited Latin America as the region in which urban migration had contributed most to increased stability and prosperity over the last two decades.

However, he warned against under-estimating the barriers that urban migrants still faced in escaping poverty, and in holding on to whatever social gains they had made.

His work, described at length in Arrival City, typically involves close observation of urban migrant households and communities, and in particular their financial incomings and outgoings.

During his talk, he detailed the recent histories of two urban migrant families in Mumbai, India, and Sao Paolo, Brazil, as examples of the decisions and sacrifices needed to buy property and fund the education of children in these markets.

The Indian family, for instance, had to take on extra jobs, rent out their two previous, slum properties and sell the wife's dowry to get a loan to buy a Mumbai flat (and the repayments still technically exceeded their monthly income).

Saunders also profiled a slum area of Dhaka in Bangladesh as an example of how many semi-legal community businesses flourished in even the most unpromising urban migrant communities providing locals with cable TV, video rental, fast food, video arcades (for informal child care), private schools and photo studios.

In most urban migrant families, Saunders added, both parents must work, increasing the possibilities for women to make more of the family's decisions, and potentially challenging conservative cultural values, he added.

Asked about how brands could make themselves relevant to the lives of urban migrants, Saunders pointed to the practice of scaling down products to smaller units (selling sachets rather than bottles of shampoo, or single rather than packs of cigarettes) and such obvious areas as providing ready meals for working women to feed their families.

However, he also urged it was important to have a nuanced understanding of the "moment to moment" realities of economically marginally consumers, and goverments needed to remove the barriers that prevented communities from improving.

Installing amenities such as public transport, streetlighting and wi-fi had made dramatic differences in Brazilian favelas, for instance. These benefits were not just for current adult generations, but also for future ones.

In this context, where even a recession can seem a short-term concern, it seems it would be hard for governments or businesses to adopt too long-term a view of this subject. 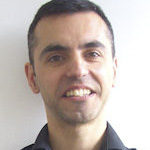