Millions of advertising dollars are vulnerable to retail fraud in the form of bots and click farms, but TrafficGuard’s Matt Sutton explains how brands and e-commerce platforms can avoid becoming a target this upcoming shopping season.

The last decade’s explosion of e-commerce has opened up a world of possibilities and audiences for retailers. It is, therefore, no surprise the e-commerce share of Asia Pacific’s retail sales is expected to reach 61% by 2025 – the largest expected increase among other regions. Unfortunately, however, retail brands and e-commerce platforms have now become prime targets of advertising fraud.

Online shopping platforms, in particular marketplaces that house numerous brands, have become valuable media platforms for retailers. Marketplaces like Alibaba, Taobao, Lazada and Amazon command millions of eyeballs each month, thereby providing a lucrative platform on which marketers can buy advertising space. However, given criminals’ tendency to ‘follow the money’, e-commerce has naturally become lucrative for advertising fraudsters in APAC.

Digital ad fraud is a bigger problem than most retailers know, with costs reaching as much as US$17 million per day in APAC. In addition, 22.7% of all internet traffic in the retail industry can be attributed to non-human bots alone. Meanwhile, APAC is forecasted to spend US$60 billion on application install campaigns in 2022, which are designed to encourage users to download a brand’s mobile app.

Our figures suggest that an average of 18% of app installs are invalid in the e-commerce sector but can be as high as 40% in some cases. If so, that equates to approximately US$720 million wasted on invalid installs. This is before marketers even factor in the increased return on adspend opportunity from that budget going to genuine users.

Given the scale of ad fraud, it is evident the retail industry needs to act decisively to prevent millions of advertising dollars from being wasted during this upcoming shopping bonanza. That means understanding the problem first.

Since the rise in digital advertising and programmatic media buying, retail marketers have been able to work with a treasure trove of tools and data that link audience impressions with omnichannel transactions and business results. However, this data becomes unreliable and polluted when it is infiltrated by non-human traffic, known as bots. These are computer programs that mimic human interactions, creating the impression of a real human customer. Today, bad bots account for 40% of all internet traffic.

Bots affect campaign performances drastically and this was the case for one of our clients, a leading APAC telco. It had identified a startling decline in its search PPC performance and had wanted to understand what caused this change, as well as ensuring that clicks coming to its website were from genuine customers. Findings from TrafficGuard revealed that 21% of audited PPC traffic were invalid. Additionally, over US$45,000 of media spend would have been lost to invalid traffic if it did not investigate further.

Marketers also need to be wary of click farms, which usually leverage large groups of people to generate traffic on ads, creating a flurry of highly irrelevant impressions.

The final common type of fraud hitting e-commerce is an ad injection, whereby software from a user-downloaded browser extension, plug-in or app injects ads into the user’s browser as they visit websites.

Often perpetuated by competing brands, ad injections block the content on the publisher’s website, impacting the user experience, exposing them to malware and blocking the website’s own advertising from the user’s view. For e-commerce platforms and brands, this can be deeply damaging, especially during the height of sales season. Retail fraud was initially associated with desktop ads but it is now increasingly prevalent on smartphones as businesses prepare to spend US$339 billion on mobile ads next year.

If campaigns are plagued by fraud, marketers can be left with a significant dent in their budget. When bots click on ads repeatedly, money is paid by the advertiser to the publisher and the advertising platform – an investment that will never yield a conversion or sale, so therefore effectively wasted. This waste damages budgets and affects a brand’s future marketing strategy and potential to win new customers.

Click spam and ad injections also cause widespread misattribution of e-commerce app installs and in-app events such as sign-ups and purchases. Ad injection creates a very poor user experience for potential customers, leading to a loss of reputation for the brand and a loss of confidence in digital media.

Despite the scale of ad fraud, it is surprising that many retail marketers are not taking the problem more seriously. This could be down to a lack of knowledge or the fact that ad fraud is ever evolving and hard to keep up with.

Nevertheless, global retailers anticipate a 90% traffic uplift between Oct 31 and Nov 25, if last year’s numbers are anything to go by. As such, APAC’s retailers will need to act swiftly to prevent bots from infiltrating their carefully crafted shopping season campaigns.

The last one is particularly important for sifting out potential bots during traffic spikes.

Advertising fraudsters cause intense pressure and frustration for the retail industry, especially during its biggest seasons. Fortunately, with decisive action and attention, they can be free to enjoy the sales rush without any unwelcome, non-human visitors. 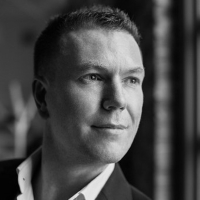