In a financial crisis, it can be hard for marketers to see beyond their immediate worries about dips in consumer spending and the challenge of maintaining revenue. But looking at the bigger picture can have major payoffs – especially when it comes to digital.

The COVID-19 pandemic is a case in point, as many brands followed consumers and increased their spending on this channel despite the fluctuating economic climate.

“Digital ad spend swelled by 35.4% year-over-year in 2021, representing the fastest growth rate since 2006 and almost three times the rate (12.2%) from a year earlier,” according to estimates from the IAB and PwC.

And that outcome mirrored similar trends experienced by the industry in the recent past.

Risks and rewards in a time of crisis

From 2005 to today, we have seen a seismic shift in how consumers engage with digital technologies throughout their lives, whether for work, play, entertainment, and so on. Because of this, the advertising industry has experienced the growth of many new channels, as fueled by the popular adoption of new technologies.

In hindsight, this shift looks inevitable. But one has to think about the great risks that investors and innovative digital companies like Facebook, YouTube, and Twitter took in the middle of the Great Recession of 2007 to 2009, while seeing the potential of the early digital growth that ensued during this time period.

Apple’s revolutionary iPhone launched in June 2007; Google purchased YouTube in October of 2006, but really ramped up advertising in 2007; Facebook Ads were unveiled in November 2007; and the first generation of Google’s Android operating system was launched in September 2008.

These digital shifts may not have happened as quickly if it wasn’t for the venture community that supported significant digital investment during the recession of 2007 to 2009 – as well as many brave enterprises doubling down on digital investments made before the crisis hit.

A few examples are:

During this time, the ad industry saw significant disruption in digital media planning, buying, and measurement practices. Brands and agencies were challenged with shifting their media plans to consider entirely new channels and adopt new measurement schemas that could value these channels properly. A migration in media spend to digital didn’t happen overnight; it took innovation and rigor to push the industry out of its analog tendencies.

By 2010, the digital media market was thriving. However, there was still a significant gap in leadership experience and understanding of the new digital value exchange between consumers and brands – and about how media planning, buying and measurement worked. Marketing teams were taking pilgrimages to Silicon Valley to learn from Google, Facebook, and Yahoo to name a few. These experiences were valuable because they helped marketing leaders understand the new digital paradigm.

The companies that leaned into digital innovation and growth from 2007 to 2010, even in the midst of the pressure of a recession, typically experienced success for their clients and associated agencies within and after those challenging times.

Between 2010 and 2015, the marketing industry continued to catch up with the consumer demand for social, mobile, digital video, and embraced big data, programmatic, and the very early days of online privacy.

From 2015 to 2020, the advertising and media industry continued to fuel growth and success in all digital channels, and a change in digital versus analog spend was clearly underway. 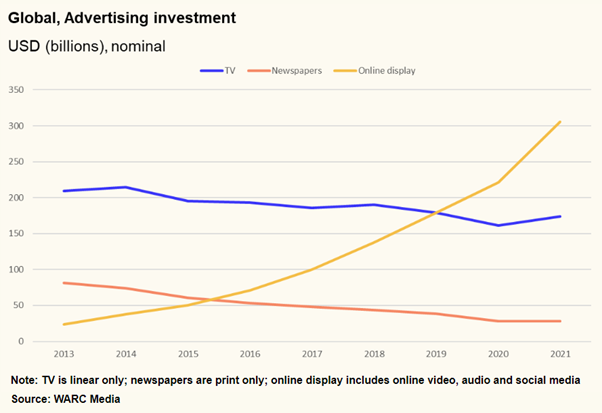 Going back to the future

According to the IAB, from 2019 to 2020 the digital ad industry saw a 12.2% growth. Then, in 2020, COVID-19 hit. The first half of that year was spent in a global pivot of nearly everything businesses had traditionally done.

Due to the exponential use of digital-first channels in every aspect of our lives while we continued to hunker down at home, the concepts of gaming, the metaverse, non-fungible tokens (NFTs) and Web3 started to appear everywhere as the pandemic wore on.

According to the IAB PwC Internet Advertising Revenue Report: Full Year 2021, the aforementioned digital adspend growth of 35.4% was fueled by these trends. And “as consumer attention grows in these channels, advertising expenditures will continue to follow, particularly across digital video, digital audio, as well as social media and search,” they argued.

“Sustained ad growth between 2021 and 2022 will also flow into other digital channels such as gaming and esports. The rapid growth of both ad monetization embedded in gaming and emerging devices/experiences (such as VR and the metaverse) will likely provide further revenue opportunities for publishers, content creators, and tech companies.”

We are seeing a flashback in our history happening right now. We must think about the times from 2007 to 2010, where we saw significant economic disruption combined with incredible digital innovation and growth from the transition between Web 1.0 to Web 2.0. We see many of these themes again today with the significant global economic disruption and incredible digital innovation and growth between Web 2.0 and Web 3.0.

Although the global economic outlook seems challenging in the near future, if we learned anything from 2007 to 2010, those who leaned into digital innovation and growth – and brought a purposeful, disciplined perspective to the transition of the new digital era – became the winners.

And they are still reaping those benefits today. 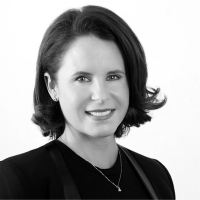 Cary Tilds is the Chief Strategy and Operations Officer for Frameplay and Co-Founder of Web3 Marketing Association.
Get a demo
Topics
Send feedback