Lumen’s comparison of attention as a purely time-based commodity will push our industry backwards, not forward, according to Facebook’s Ian Edwards and Harry Davison.

WARC recently published a paper entitled The true cost of advertising attention, based on research conducted by Lumen. The research sought to show how the cost of attention varies on different media channels, and that by identifying “attentive CPMs” it can help us understand the true cost of the attention, and as such the true value of the attention that advertising generates. TV and YouTube non-skippable ads performed very well in this re-framing – digital channels much less so.

The ambition of the paper is to be applauded – we need to find better ways of understanding the value that different media channels afford to advertisers. Unfortunately, the blunt comparison of attention as a purely time-based commodity will push our industry backwards, not forwards.

For advertisers to be successful over the next decade it is critical the industry starts to recognise how “new” media (like Facebook) are fundamentally different to “traditional” media (like TV). To get the real value from advertising on platforms like Facebook, it is imperative we understand the mechanics of how these channels work and differ from traditional channels.

The key difference is we are moving into a new era – the era of prediction – where media channels increasingly start objective-first and not audience-first, as traditional media has for the last 100-plus years. Reports such as the Lumen work miss this critical point. This is a profound shift and means that instead of paying to put particular messages in front of a specific audience, an advertiser now pays Facebook to deliver a pre-selected and desired outcome.

Advertising previously involved identifying a market for products and services and then placing media to access that market. Now it increasingly means training a state-of-the-art ad delivery system to assemble the right audience based on hundreds (if not thousands) of signals generated by people’s behaviour, which more accurately predict an outcome that is important to the advertiser’s business (viewing a video or buying a product for example). This is the next chapter of advertising and it simply will not revert back.

To illustrate the point on how changing the desired outcome changes attention levels on Facebook, consider the following scenario.

Take two campaigns spending $100k targeting all adults in the UK over seven days. If one of the campaigns was set up with an objective of maximising reach, the campaign would reach 44% of adults at a frequency of 1.61 and the cost-per-thousand (CPM) would be $3.63. If the second campaign is set up in an identical way, but set a campaign objective of video views, then the delivery would be 20% reach with a frequency of 1.19 and the corresponding CPM here is $10.91. However, the time spent would differ significantly.

The same platform, the same audience, the same budget but brought against different objectives produces vastly different levels of attention. To move the industry forward it is crucial we understand the different value of each exposure beyond a single measure of attention on algorithmically driven channels like Facebook.

Some in the industry have reacted to Lumen’s report by suggesting that if we want to measure the effectiveness of media on a like-for-like basis we need a consistent way of measuring exposure. This is incorrect. The key to understanding media effectiveness on a like-for-like basis is to be able to consistently measure the desired business outcome. Whether that is sales, conversions, awareness, consideration or something else, it is the output of measurement across channels that needs to be the same, not the input.

Facebook’s philosophy is that companies should measure the incremental impact of their marketing investments. To aid this, Facebook provides a range of measurement tools and solutions that do just that. Thousands of advertisers run tens of thousands of experiments every year on the platform to understand how their marketing works. Millions of advertisers have access to tools that tell them how their advertising drove the business outcome they selected. Facebook works with dozens of third-party measurement providers to help companies measure the outcomes driven by Facebook like-for-like with their other media investments.

The comparison the Lumen report tries to make is possible, but the nuance of media brought objective-first (rather than audience-first) must be taken into account.

Entering an F1 car into a tractor-pulling competition

The Lumen research misses this point and treats all Facebook campaigns as equal. Making blunt comparisons that strip away this critical element of how platforms like Facebook work is the equivalent of investing in building a Formula 1 car for speed and then entering it into a tractor pulling competition.

The future of measuring advertising effectiveness is about understanding the true value of advertising and not just the cost of attention. We have made a lot of progress on what drives value for our 10 million advertisers and we see businesses of all sizes having tremendous success on our platforms every day.

One thing we have learnt is that, although view duration used correctly is a valuable metric, chasing after view duration as the primary measure of advertising effectiveness leads to bad practice on Facebook. It leads to the creation of cats and cuddly animal content that encourages longer view durations but rarely drives business results.

As the British economist Charles Goodhart said, “when a measure becomes a target, it ceases to be a good measure,” and this is as true for advertising as it is for economics.

View all of Ian Edwards and Harry Davison's Opinion posts 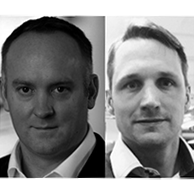 Ian Edwards is the Connection Planning Director, EMEA at Facebook. Harry Davison is the UK Marketing Science Manager at Facebook.
Get a demo
Topics
Send feedback