Indonesia and Japan pose the highest brand risk globally when it comes to mobile web display, while Australia is the safest for video impressions and Singapore enjoys the lowest brand risk in desktop display. 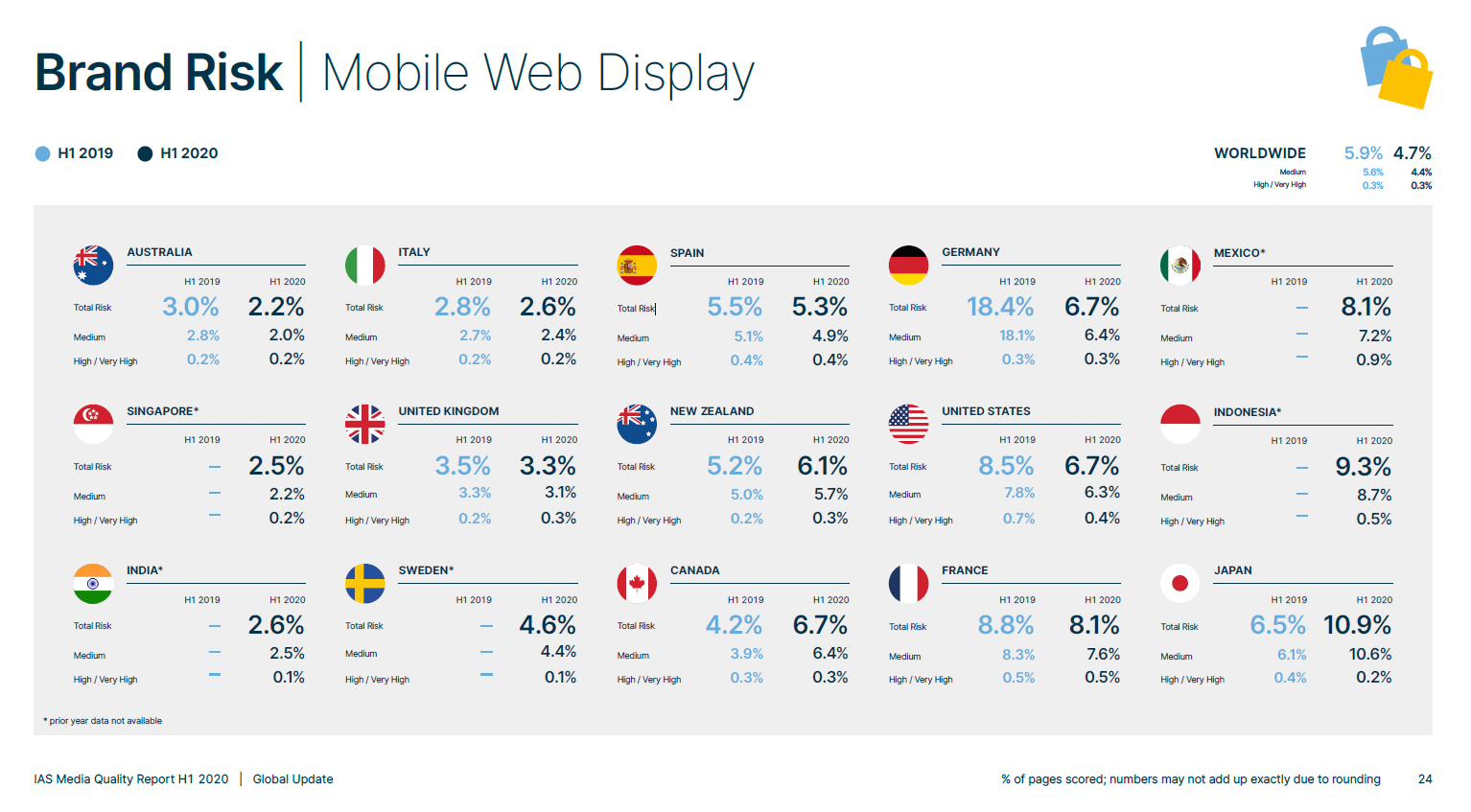 Desktop display registered the highest ad fraud rate of all the channels worldwide at 0.8% and Indonesia was the only country in the region with lower fraud (0.5%) than the global average. Australia and India stood at 1.1% while Singapore registered the second-highest ad fraud globally (2.1%). Mobile web video remained the safest inventory with an optimised ad fraud rate of 0.3%.

Video continues to be the most viewable format around the globe, with viewability rates for desktop and mobile web averaging 75.2% and 73.6% in H1 2020, respectively. Australia outperformed every other country in terms of viewability. Singapore came a distant second in the region (67.9%) marginally above the global average (67.6%) while Japan's viewability improved to 51.9% (34.2% in H1 2019).

"The strong performance of programmatic buys is most likely due to the wide use of pre-bid filters. This data should offer APAC advertisers the confidence to further invest in programmatic to drive efficiency for their campaigns across platforms," says Laura Quigley, APAC MD at IAS. "Advertisers have turned to contextual technologies to ensure that their advertising does not inadvertently appear next to hateful content, while successfully expanding consumer reach."