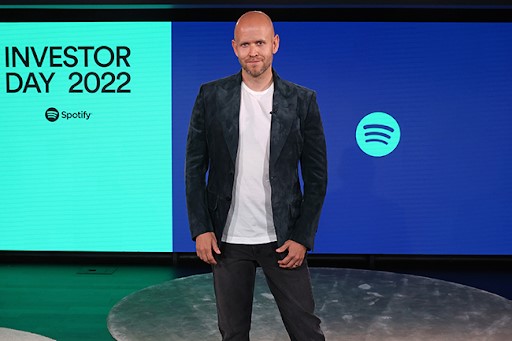 Good things come to those who wait: for the audio streaming company, Spotify, low returns on investment now mask the colossal opportunity in podcast advertising – here’s what you need to know about its internal figures and external data on the total opportunity.

News coming out of Spotify’s investor day surrounds detail on podcasting, which has been the area of the firm’s heaviest investment and is currently still losing money. However, the company argues that the segment can become profitable in the next one to two years – external data suggests it should start to perform.

Podcasts are a serious if largely untapped marketing opportunity in which the share of media consumption way outpaces the amount of marketing investment going to podcasts.

Spotify’s big bet is that its large investments over recent years will see it ride the wave of expected global ad spend when 2022’s $1.52 billion starts to near the $41.56 billion that would match its daily consumption. Check out our wrap-up of what we know about the medium here.

Partly, it’s the fact that Spotify’s investment of more than a billion dollars was pretty vast, but it’s also in the nature of podcasting that it grows from the grassroots. Vogel added that only around 14% of Q1’s podcast listening is monetised – this will grow.

It’s worth saying that not all podcasts monetise through advertising, given that some shows are able to take direct subscriptions through the platform. However, these help overall retention.

Where Spotify plans to go

The aim by 2030, says Ek, is for Spotify to bring in $100 billion in annual revenue (40% of that gross profit, 20% operating margin) and cater to a billion listeners. As analysts speaking to the WSJ note, it’s a seriously aggressive aim. However, podcasts are part of the critical diversification, with creation and publishing tools like Anchor helping to fuel revenue growth.

But it is really starting to push into the potential of audio in a digital streaming medium, with new interactivity tools announced just recently.

Podcasting has caused Spotify some headaches, not least the problems created by its exclusive $100m deal with the comedian, podcaster, and sometime ivermectin enthusiast Joe Rogan.

But as we said then, and still believe to be true now, the podcasting opportunity is far larger than one popular if problematic podcast. Rather, it’s in the plumbing that will help close the vast gap between podcast listening and advertising investment.

“We saw such a significant opportunity to expand our platform and our audience, so we decided to go aggressively after podcasting. And this meant making a significant investment, which clearly has brought more listeners to Spotify and deepened the engagement, but it also has impacted our overall gross margin” – Daniel Ek, CEO, Spotify.