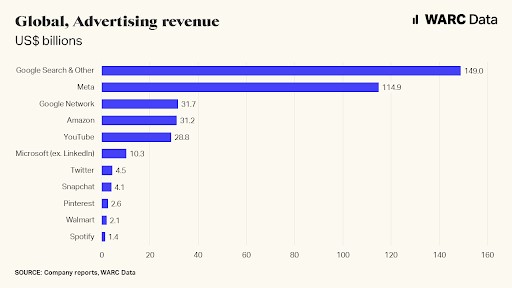 Walmart has grown its Connect advertising business to $2.1 billion and reports that this is being driven by its changed business model.

President and CEO Doug McMillon explained in a Q4 earnings call that overall company growth is being fuelled by the new business model and updated flywheel that it set out early last year. “Our strategy is coming to life,” he said.

For now, however, Walmart’s advertising business, Walmart Connect, remains a relatively small player, sandwiched between Spotify and Pinterest in the global ranking and a long way behind Amazon, its most immediate rival in retail media.

“We’ve got a business that's becoming increasingly digital, the e-commerce business – first party, third party – is growing. It gives us the opportunity to grow advertising income. It’s grown at a fast rate, and it’s growing across markets” – Doug McMillon, president and CEO, Walmart.