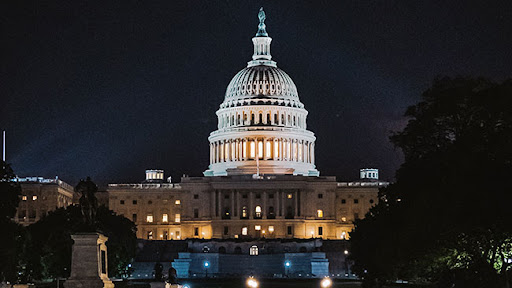 New legislation heading to Congress with bi-partisan support would, in its strongest form, break up some of the biggest ad companies, but even a watered-down bill would have global implications for the advertising industry, not least a requirement for greater transparency – here’s what you need to know.

As the body with ultimate jurisdiction over California-based Google, if the US Congress enacts the law, known as The Competition and Transparency in Digital Advertising Act, the change to the digital advertising landscape would be massive. It wouldn’t just hit Google but would also force Meta and perhaps even Amazon to divest some of their ad products.

While a breakup of major ad exchanges (and supply and demand side platforms if they are all owned by one company) is the headline, many more firms would be affected by the Act’s efforts to combat lack of transparency in the market by forcing the disclosure of performance and transaction data to clients.

For Google, this is difficult news. It’s not the only instance of political heat heading for the company – whose presence across the ad process is, as one Google employee put it, as “if Goldman or Citibank owned the NYSE” – as it faces allegations that it exploits its inherent advantage both in the US and in Europe.

For a detailed snapshot of platform dominance, the UK’s Competition and Markets Authority (CMA) undertook an in-depth study into the online ad market, which WARC covered here.

Predictable resistance from online ad lobby groups throws up one of the most interesting aspects of this kind of legislation: the fundamental reinterpretation of what competition rules are supposed to do when users (not customers) pay nothing for the services we understand as the internet.

This is the trouble. Google and Meta make a huge amount of money offering ad services to small businesses that wouldn’t have advertised in the first place, and therefore open up a huge amount of opportunity.

Meanwhile, the programmatic ad market is already hopelessly opaque and complicated – few are satisfied that the ecosystem is the best it can be. And yet few clients want to see more fragmentation and more complexity.

What the law proposes

The core of the legislation is to prohibit large ad companies ($20 billion or more in ad transactions) owning more than one part of the ecosystem, according to the press release announcing the legislation on the website of lead sponsor Sen. Mike Lee (R., UT). But it also takes aim at a deeper opacity in the market.

This would mean different rules for different sized firms.

Enforcement would come from the Department of Justice, states’ attorneys general, and includes a provision for clients to sue directly for violations at both the $5 billion and $20 billion levels.

“Breaking those tools would hurt publishers and advertisers, lower ad quality, and create new privacy risks. And at a time of heightened inflation, it would handicap small businesses looking for easy and effective ways to grow online”, a Google spokesperson argued to the Wall Street Journal.

“The real issue is low-quality data brokers who threaten Americans’ privacy and flood them with spammy ads”.

The IAB has also come out against the proposed legislation, arguing that “the market would lose the scale and precision the internet offers, ad costs would rise, and growth opportunities for brands and publishers would disappear.

“Small businesses and content creators across the country wouldn’t exist without integrated technologies helping them to attract and retain customers.”