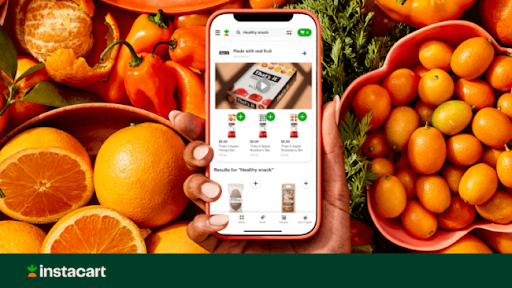 Instacart’s apparent decision to push back its stock market listing from Q4 says more about the current state of the market than it does about its fast-growing business.

Instacart is at the forefront of a new and expanding category of media, with growth that coincides with rising data privacy concerns (one major tech platform put an end to a lot of digital measurement in the name of privacy) and the desire of marketers to show returns on their spending. For a primer on Instacart’s platform, read WARC’s guide here.

For non-US and Canada readers, Instacart is a 10-year-old startup with a platform in which buyers can link with “shoppers” or gig-work contractors who go and pick up your order, namely groceries, and deliver it to you.

A staff memo sent from CEO Fidji Simo – as reported in The Wall Street Journal – noted that the IPO was “highly unlikely” this year, given that markets are simply not accepting listings. But the memo also contained stronger numbers than even the board had anticipated in Q3, including:

This is partly the result of an expanded ad product, which has helped shore up problems in its core business – i.e. smaller basket sizes compared to the height of the pandemic. Additionally, its new product and format announcements are frequent as it pushes into services and technologies instead of solely relying on costly deliveries.

The firm has also doubled down on revenue-makers such as a faster, more expensive delivery tier, while also pushing scheduled deliveries, which have helped to cut costs.