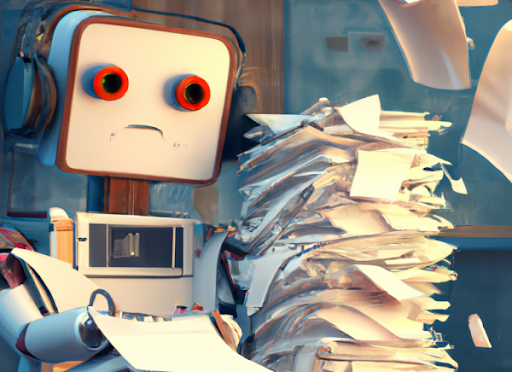 ChatGPT set the collective imagination of the internet racing with its strange and even unsettling, but potentially useful, implications, capping a year in which generative AI for images and text entered the public sphere.

The implications of AI on advertising have been touted for years, but it was only in 2022 that images and text created by a generative AI system looked like they might have what it takes to begin challenging certain professions. This has ramifications far beyond advertising, with many once stable professions at risk of profound disruption that could create a backlash.

OpenAI’s ChatGPT made waves late last year with its confidence and fluency. It followed the same company’s Dall.e image-generating system in showing the world how these programmes could enter the mainstream, an outcome some major agency groups have predicted.

Generative AI expert and writer Nina Schick has outlined some predictions about what a mainstream version of the technology would look like and how it is likely to be received. Four highlights:

A world of endless media?

The implications for media – whether written, visual or both – are stunning. In a piece in The Generalist, the idea of existing IP gains ever more value, with its owners becoming powerful gatekeepers. Other potential scenarios suggest creativity could balkanise between nation states as platforms and technologies develop independently around the world. The geopolitical questions are staggering.

Meanwhile, what are the implications for artists, photographers, and stock image libraries when original(ish) images are available on tap? Will ‘handmade’, or in this case ‘human-made’ words and images find a premium amid the tsunami of ersatz and cliché?

An optimistic reading echoes ideas articulated by Faris Yakob in a recent WARC piece, namely the idea of enhanced human creation that multiplies our capabilities by delegating grunt work such as research or synthesis, or cross-hatching for that matter, to machines.

What’s certain is that this powerful technology has the potential to create huge disruption. To understand and make the best of it, current thinkers will need to come up with a rationale for generative AI that goes beyond mere cost savings.