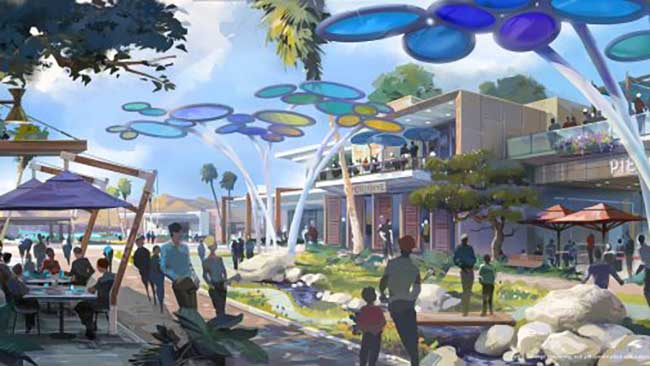 The House of Mouse is taking its theme park business to the next level with a residential living project that takes the idea of brand affinity to another level entirely.

Branded residences tend to exist for the extremes of the market: co-living spaces built for renters cater to the very young while residential facilities for the elderly are also a significant business. In its own weird way, Disney is now bringing its name and experience to bear on its own version of the branded residence, instantly becoming the best-known brand in the space without having laid a single brick.

Disney’s new ‘Storyliving’ concept is planned as a community of 1,900 housing units that will be called Cotino. A portion of those houses will be specifically designed for residents 55+.

“These master-planned, new home communities are intended to inspire residents to foster new friendships, pursue their interests and write the next exciting chapter in their lives —all while enjoying the attention to detail and special touches that are Disney hallmarks,” writes Heather Hunter, public relations director for Disney Signature experiences on the company’s parks blog.

JG Ballard echoes aside, the company suggests that increasing numbers of fans are looking to make “Disney a bigger part of their lives”.

“Disney will also provide access to curated experiences, such as wellness programming, entertainment ranging from live performances to cooking classes, philanthropic endeavors, seminars and much more.”

As well as the people that Disney expects to actually buy these homes, members of the general public will be able to access some of the shopping and leisure facilities by buying a day pass.

While Goofy won’t be cleaning your windows, the company is hoping to repurpose some of its hospitality expertise from its parks, and the business model will go beyond the sale of houses: fees will include homeowners association fees and club membership fees.

Interestingly, Disney has tried this before and didn’t find much success with a set of communities that it ultimately sold. However, those were tied to the parks; this new idea is all about a premium experience all around the country.