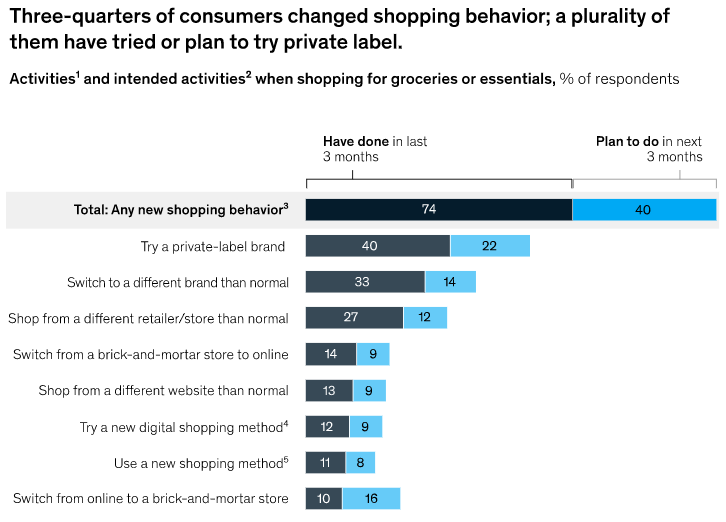 Globally, people are buying less, or less frequently, and shifting their expenditure patterns in the face of rising inflation; new research from management consultancy McKinsey, among others, indicates where that spend is going.

Across the world, predicted trade-downs are beginning to occur as inflation bites. New research is starting to uncover exactly how consumer behaviour is changing, creating a major opportunity for new brands and a threat to existing brands – though both should be aware of the rise of private label, too.

While a lot of the pricing advice leans on brand propositions and technological fixes, the bottom line (ironically) is that price-gouging should be avoided for long-term benefit, with brands instead working closely with retailers to provide better value for consumers and exploring customer-centric examples from around the world.

A shift in spending

A telling chart (credit here to Accenture Song’s Shane O’Leary, who drew our attention to it) from McKinsey reflects the attitudes of 1,000 respondents from five major European economies: