Looking at the WARC Media 100, the increasing sophistication of campaigns that use geographic data and targeting, and the seamless integration of those data sets, stands out as a key differentiator. The amount of data available to planners is immense, and as with anything available in abundance, it is not just what you’ve got but how you use it that really makes the difference.

For me, the best work uses data in the service of the consumer, not just the brand. It’s what sets apart the campaigns that stalk and annoy from the ones that deliver high conversion rates and top these charts.

VIA Rail’s Car vs. Data demonstrates this new kind of creativity, one that has nothing to do with the ad layout or copy, but is all about using data to take a rational message – “get there faster by train” – and make it deeply emotional.

Using real-time customisation, the campaign targeted individual drivers (via mobile and digital roadside) at exactly the moment they realised that travelling by car was going to be slower and more painful than taking the train. Thanks to the integration of data pinpointing the precise traffic and weather conditions at an individual’s exact location at a particular moment in time, the campaign took what could have been quite a general message and made it highly personal and impactful.

As someone who consistently underestimates Shanghai road conditions on the way to the airport, making flights with seconds to spare, I know all the points in my journey where that message would hit home with me.

The integration of data sets to deliver hyper geo-targeted advertising also worked very effectively for GSK’s Theraflu campaign. The aim was to predict exactly where in Russia the flu would strike across nine months and then target consumers as the risk for flu increased in their location. It’s a simple enough concept, but to implement it successfully you have to fuse sales data with weather data, social mentions, search requests, and the location data of people on the move.

It takes planning and creativity to harness and integrate such an abundance of data, particularly when you are looking to turn the vision of seamless online-to-offline customer service into a reality.

In heavy e-commerce markets like China – where Singles Day drives people online and sends marketers into a frenzy of price cuts – it might seem slightly insane to focus your campaign offline.

However, as thousands of consumers who have bought clothes online and sent them straight back will tell you, some things you just have to try on. Uniqlo’s campaign Hijacking Singles Day in China capitalised on this. While other advertisers were busy using Alibaba’s T-Mall data to push more sales online, Uniqlo saw repeatedly that consumers would put certain products in their cart but never buy them.

Targeting these customers with offers on those same products when they were physically near stores gave them the push to buy, and drove up profitable offline sales at a time when others expected in-store sales to drop.

The organisational challenge of not just capturing the data, but managing it consistently across online and offline silos, and simultaneously making it easy to access, becomes critical.

Once you’ve met this challenge, you need to bed in the organisational change on both the marketer and the agency side, otherwise all that hard work risks being a one-off, instead of creating a pervasive culture of integration and co-operation. It’s hard to quantify the value of the people who do this, which may be because the value is immeasurable.

Hijacking Singles Day demonstrates the need for a diversity of skillsets. It’s not just about performance, or demand, or data analysts, or scientists – it’s about combining their ability on the large data sets with the ability of ethnographers and planners obsessed with “why would someone do that?” Too often we focus on, and invest only in, the first performance-orientated data sets. It’s only by integrating the rich diversity of all the available data that we create the magic.

This year’s WARC Media 100 rankings inspire not just because they use data well, but because they use it in a complex, layered, thoughtful way that focuses on the consumer experience. The best work indicates to some of the changes happening from both marketers and agencies on how we value data and how we structure our organisations to make the most of it. 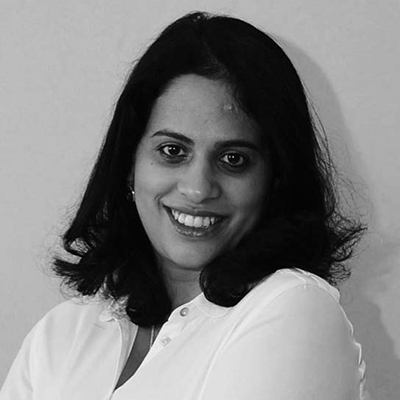