'The Truth about Youth: TV and Young People' was the theme of a seminar hosted in London today by Thinkbox, the marketing body for the UK’s commercial television industry.

Thinkbox MD Lindsey Clay kicked it off with a startling (to me) statistic: In digital PVR homes, only 14% of TV viewing is time-shifted. Does that mean I’m one of few people in Britain who doesn’t press the pause button as a matter of course? Are most people still waiting for the ad break to visit the loo, put the kettle on? Strange.

Thinkbox head of planning Zoe Fuller followed up with another surprise, despite all we hear about Facebook addiction, 42% of young people’s spare time is spent watching TV. Tweens and young teens aged 10-15 watched 16.8 hours of TV a week last year, up 1.2 hours on 2009, while 16-24s watched for 19.7 hours, up 1.7 hours. And for those who fret about the loss of innocence in today’s youth, there will be little comfort in the knowledge that the favourite TV show for kids aged 10-15 is the adult dating show Take Me Out. And among all 10-24s, the favourite show was My Big Fat Gypsy Wedding. Yikes!

Viewing through a computer now accounts for almost half of all TV viewing among 15-34s; and 85% of 16-24s regularly watch two screens simultaneously.

With the very recent adoption of product placement in the UK, broadcasters will be encouraged that 18-34s are most likely, (one in five), to buy a product they have seen placed in a TV show, compared to 13% of all viewers.

The second session was a case study in marrying a TV show storyline to an ad break and extending the story online, called O2 Load & Go. It featured what was claimed was the first instance in UK TV of contextual advertising. The show was the popular TV soap Hollyoaks. The advertiser was mobile operator O2 who wanted to promote the launch of Load & Go, a prepaid card for the purchase of goods online. O2 senior brand manager Will Kemble-Clarkson related the tale of how an idea developed to create a ‘soap within a soap’.

It took a storyline in Hollyoaks which was extended into the ad break through a comedy vignette that featured a young man and a young woman working in a shop, called O2 Load & Go. The vignette would then lead viewers to go online to watch Hollyoaks actors discussing the clothes and music that their soap characters liked, and viewers would be urged to review and purchase goods that were featured in the show, and, of course, promote payment using the Load & Go card.

The project required a huge amount of co-operation between the broadcaster, Channel 4, the media agency, ZenithOptimedia, the Hollyoaks producer, Lime, and the vignette producer, The Outfit, and involved much negotiation with Clearcast, the body that clears ads for broadcast.

Thinkbox research & strategy director David Brennan followed up with the results of a new study of young people’s TV viewing habits that updated the Generation Whatever study and incorporated new research into viewing habits among students, living away from home. It combined quantitative online panel research with qualitative Facebook discussion.

The study identified a TV Needs States Matrix, with four fundamental reasons for viewing among young people, one of which was ‘Emotional Central Heating’ – “it warms you up, like the central heating” and “you only miss it when it’s not there, like the central heating”. Half of respondents said they had the TV on in the background even if they weren’t watching it, while 37% said they couldn’t imagine life without their favourite shows.

Another key need state is ‘Social Currency’. TV is an important topic of conversation both with their friends and their family – 42% of young people prefer to watch TV with friends and family. And Saturday night TV programming provides the most social environment, with shows like X Factor, Britain’s Got Talent and Take Me Out providing occasions for social bonding in the household, and online social networking through live chat about the show: 70% of young people use the net while watching TV.

Not surprisingly, social media is hugely popular, as is technology, however, smartphone penetration is much lower than among older age groups. Young people value the phone for what it can do for them not for its gadgetry. And 29% saw the downside of Facebook, saying they would go out and socialise more in the real world if it wasn’t for FB.

When it comes to TV advertising, ads have more impact on young people and are more memorable in terms of brand recall. TV ads have more influence on purchase than any other medium – 37% of 16-24s would buy after seeing a TV ad, compared to 29% for a web ad. While 32% talk about TV ads among their peer group, but only 3% talk about web ads.

And their favourite TV ad? It’s those cuddly meerkats, of course, in the CompareTheMarket ads. 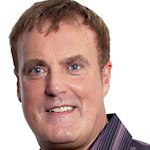