BBC Three registered the biggest increase in Advertising Awareness for February 2022 of all brands YouGov tracks in the UK.

According to data from YouGov BrandIndex, which tracks perceptions toward brands on a daily basis, the television channel saw an uplift of 9.5 percentage points throughout the month, earning it the title of Advertiser of the Month.

Earlier in February, BBC Three returned to linear TV after six years of being an online-only channel. Relaunching with a new look, the channel revealed a sneak preview for all the new shows coming this year. 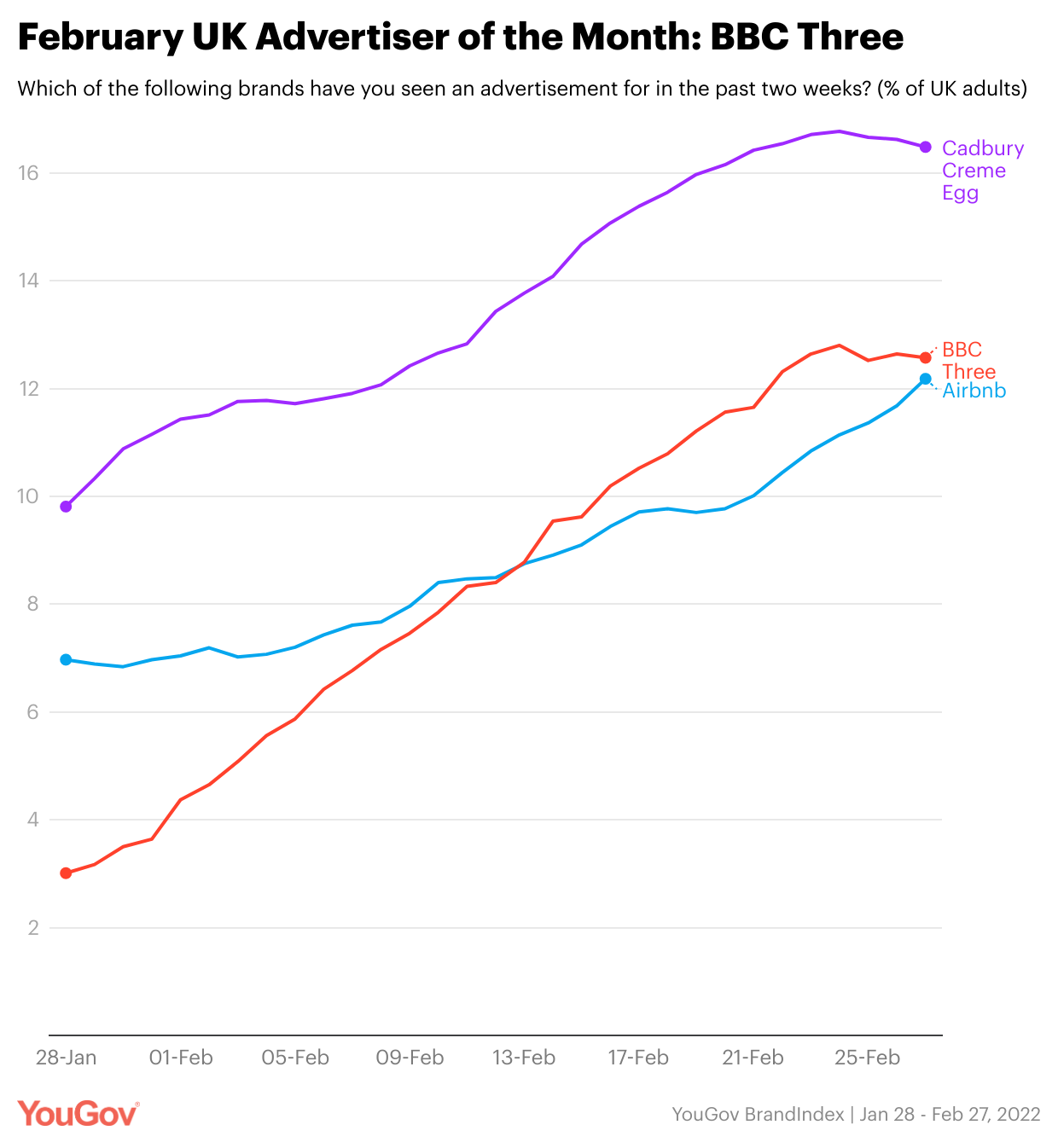 Cadbury’s Creme Egg is the brand with the second-highest uptick in Ad Awareness. Its score increased from 9.8% on January 28 to 16.4% on February 27 (+6.6 percentage points), indicating early success for the brand’s annual Easter egg hunt campaign. Titled ‘How Not To Eat Yours’ the campaign is promoting Cadbury’s rare half white and half milk chocolate eggs that could help win prizes up to £10k … but only if you don’t eat them.

Rounding up the top three brands with the biggest uplift in Ad Awareness in the UK this February is the home rental company, Airbnb. The uplift of 5.2 percentage points could be associated with the brand’s latest campaign, ‘Made Possible by Hosts’, which, as the title suggests, focuses on unique experiences offered by its community of hosts.

Methodology: BrandIndex collects data on thousands of brands every day. A brand’s Ad Awareness score is based on the question: “Which of the following consumer brands have you seen an advertisement for in the past two weeks?” and delivered as a percentage. The data is based on the interviews of British adults aged 18+ between January 28 and February 27, 2022. Learn more about BrandIndex.