John Lewis is the UK Advertiser of the Month for November 2021, as its annual festive offering drops.

With Ad Awareness scores (a measure of whether consumers have seen an advertisement for a particular company in the past two weeks or not) rising from 15.4 to 31.6 (+16.2), the retailer saw the highest uplift of any brand in the country. 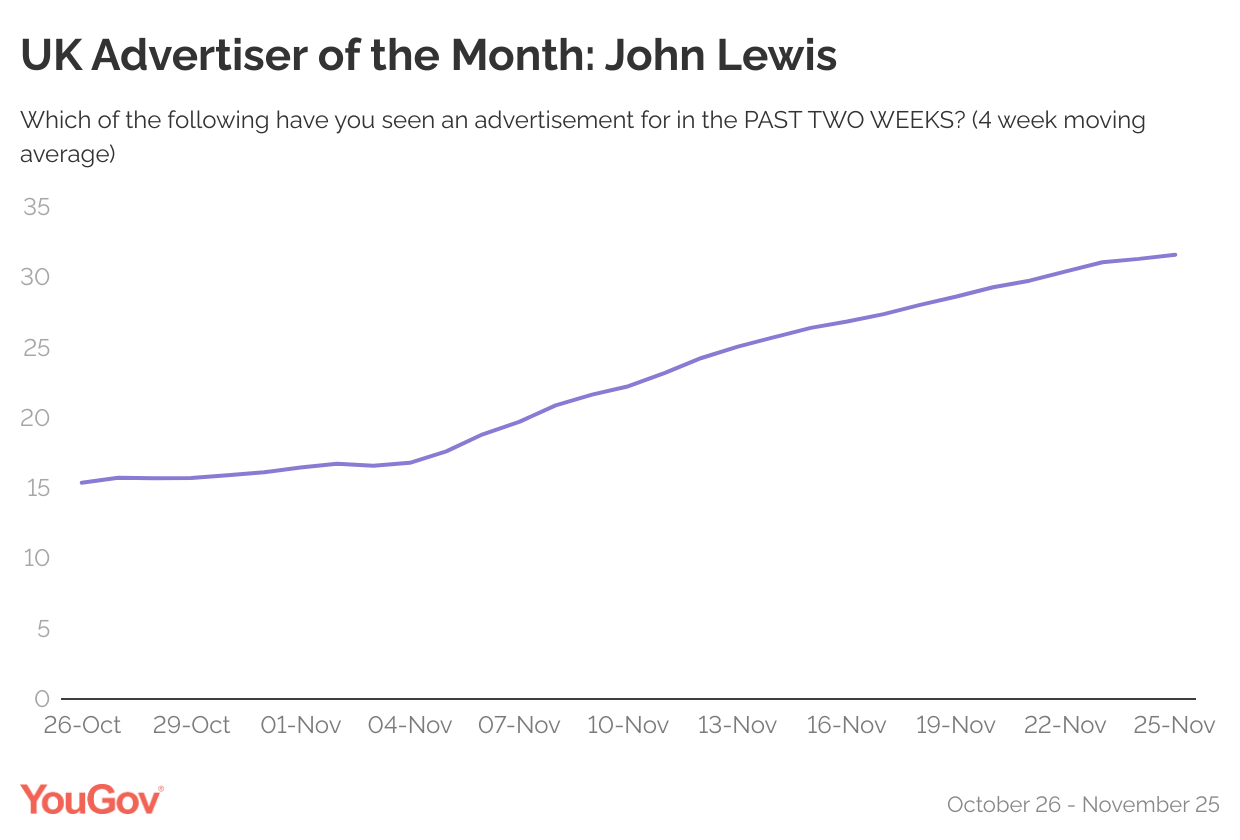 John Lewis is perhaps a conventional winner; its annual Christmas campaign has become a hotly-anticipated marketing tradition, and it usually claims top spot at this time of year (2020, when Sainsbury’s came top was a notable recent exception).

This year, the John Lewis ad – which focuses on an alien and a small boy befriending one another – again won out, though there are question marks over how effective it was in relation to past campaigns: YouGov data shows that 2020’s effort didn’t resonate with customers quite as much as the ads of years gone by, so 2021 may simply represent a return to the organisation’s norm. In any case, it has again claimed Advertiser of the Month for November.

Methodology: BrandIndex collects data on thousands of brands every day. A brand’s Ad Awareness score is based on the question: “Which of the following consumer brands have you seen an advertisement for in the past two weeks?” and delivered as a percentage. The data is based on the interviews of British adults aged 18+ between October 26 and November 25, 2021. Learn more about BrandIndex.