Restaurant chain Applebee’s saw the highest rise of any US brand in its Ad Awareness in June according to YouGov BrandIndex.

The share of Americans who saw an ad for the Applebee’s brand increased by 6 points, from 25% to 31% between May 25 to June 24, according to YouGov BrandIndex, which tracks the overall performance of brands across a range of consumer perceptions. 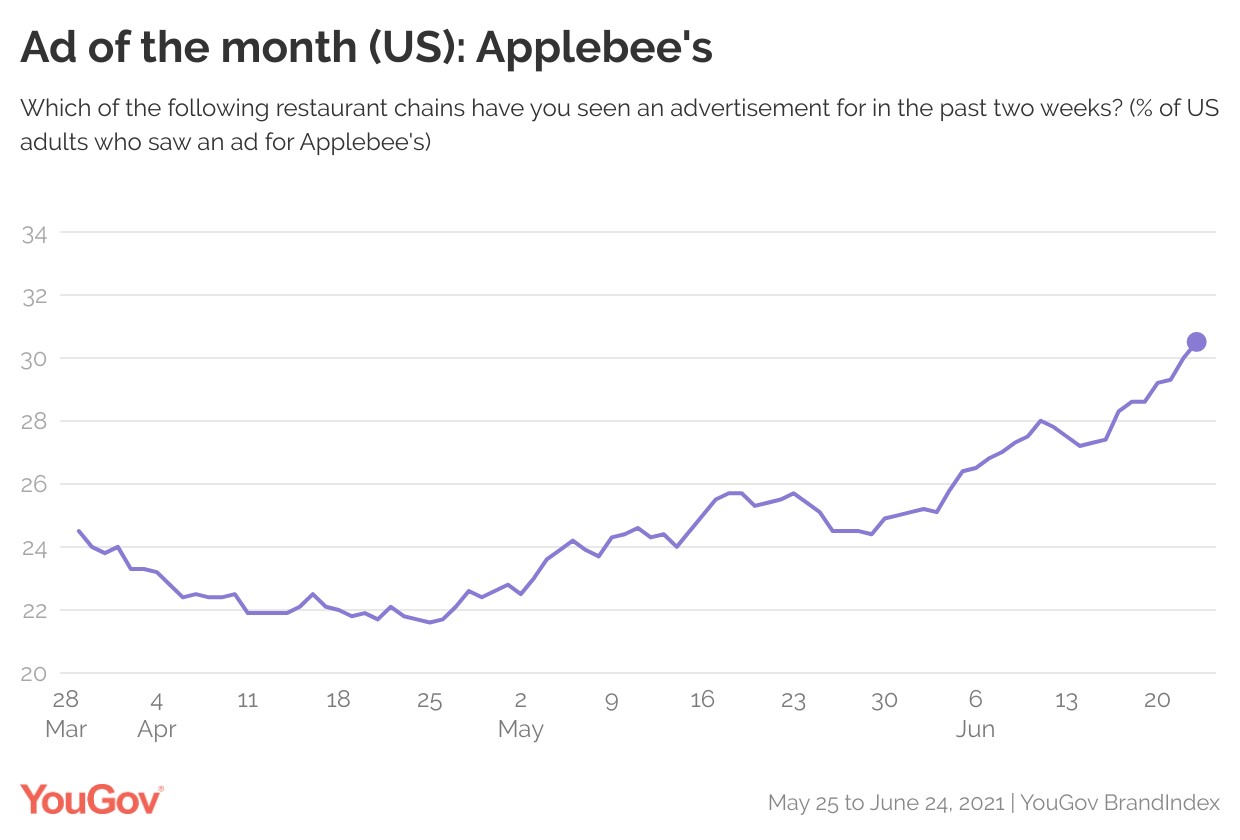 This rise in Ad Awareness coincided with the launch of the brand’s new drink – Star-Spangled Sips – with flavors such as Blue Bahama Mama and the Boom Berry Daiquiri. Along with another ad celebrating National Best Friends Day, the new drinks ad ran throughout the month. The tequila summer drinks were also widely promoted on Applebee’s social media. 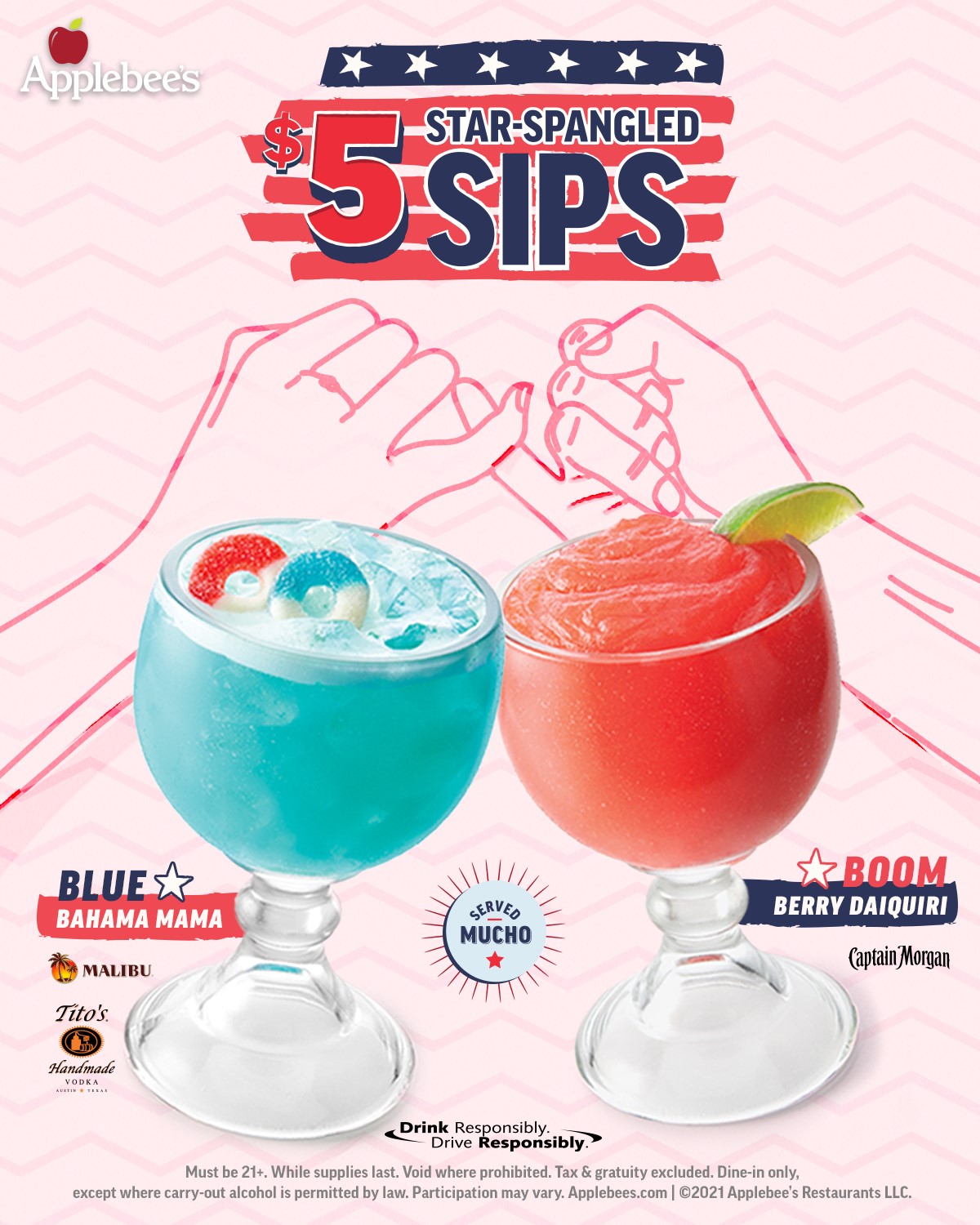 Two weeks before Applebee’s launched Star-Spangled Sips, it came up with the Apps for Apps campaign. This aimed to hire around 10,000 workers and attracted around 40,000 applicants. Through the Apps for Apps program , candidates who interviewed for a job at Applebee’s received coupons for a free appetizer.

Not only has Applebee’s Ad Awareness seen a lift, its Quality score – which measures the opinions of customers on the quality of a brand’s goods and products – has also increased.

Methodology: YouGov BrandIndex collects data on thousands of brands every day. Applebee’s Ad Awareness score is based on the question: Which of the following restaurant chains have you seen an advertisement for in the past two weeks? Scores are based on an average daily sample size of 1,800 US adults between May 25 to June 24, 2021. Figures are based on a 4-week moving average.