In July, EuroMillions achieved the highest uplift in Ad Awareness of any brand in the UK, followed in second place by its closely-linked parent company The National Lottery.

The National Lottery has recently announced changes to the EuroMillions draw: more money will go to charitable causes and a new UK Millionaire Maker game has been added to the draw. This news has received some media attention and no doubt helped increase public interest.

A new advertising campaign has also been running recently, to accompany the changes, including a television advert looking behind the scenes at the Camelot call centre where lottery winners can contact staff to check their numbers and claim their winnings.

The advert carries the slogan “Someone has to win. Why not you?” and shows a worker answering the phone to a winner shocked to have just discovered that they’ve bagged a seven-figure windfall.

This latest campaign also comes not long after a new National Lottery game launched in March. Set For Life offers players the chance to win £10,000 per month for thirty years. So it’s been a busy period for the company, which is reflected in YouGov data.

The EuroMillions Ad Awareness score has increased rapidly in recent weeks since the television ads started running, even though it has not yet had time to reach the peak seen during the last campaign at the start of the year. 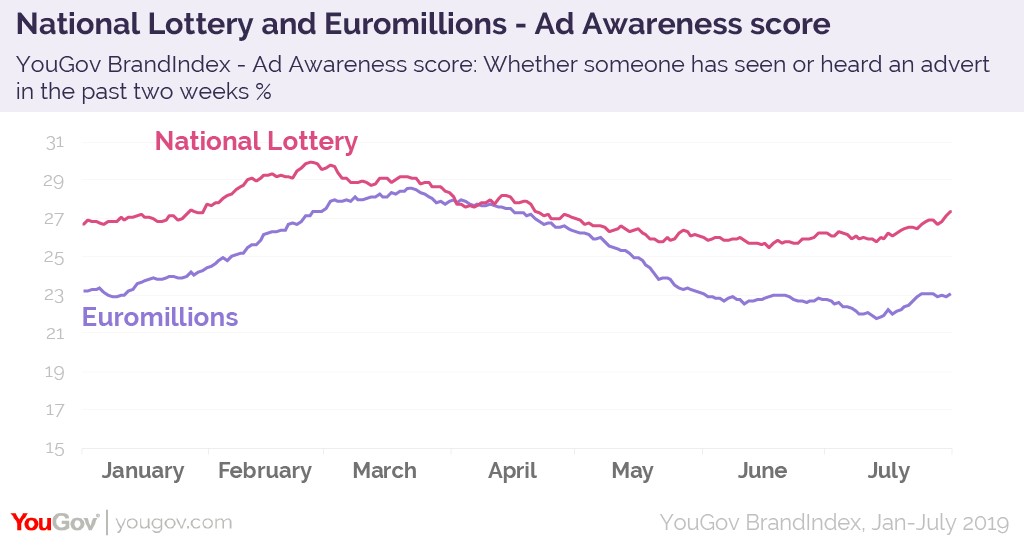 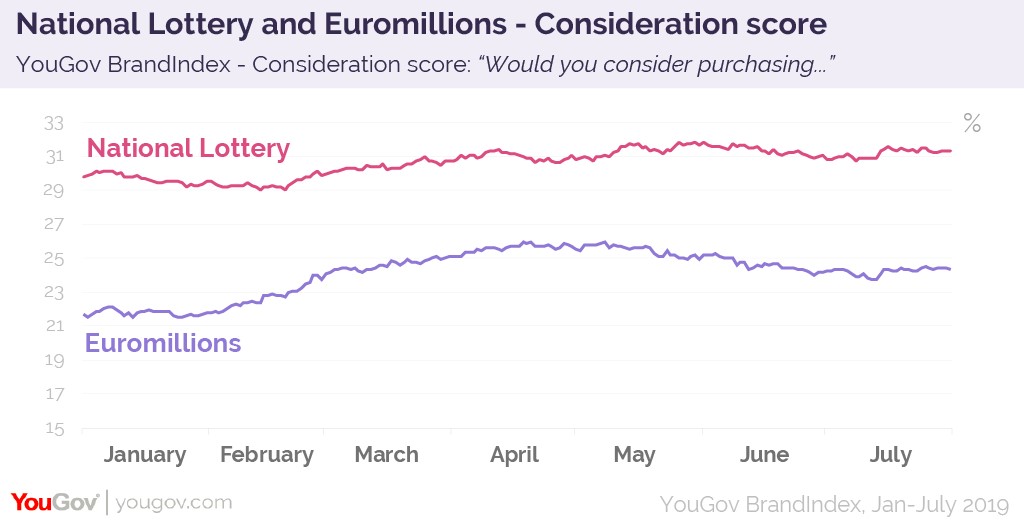