This month, Apple’s iPhone achieved the highest uplift in Ad Awareness of any brand in the UK with a +7.9 change

Made in the company’s clean and crisp style, Apple’s latest advert displays the key features behind Apple’s newest range of iPhones, including enhanced cameras, facial recognition technology and the fastest processing chip ever used in a mobile phone.

YouGov BrandIndex data shows that Apple iPhone’s Ad Awareness scores (whether someone has seen or heard an advert broadcast by a company in the past two weeks) have improved by 12.1 percentage points – up from 14% to 26%.

Apple iPhone’s Buzz score (a net measure of whether consumers have heard anything positive or negative about the brand in the last fortnight) also saw a jump over the last month, rising from 4.2 to 15.2.

The adverts have also clearly got the UK talking, with the Word-of-Mouth Exposure score (a measure of those who have talked about the brand with friends and family in the past two weeks) for Apple iPhone rising from 18.1 to 26.1 in the last month. The adverts even captured the attention of Android users, with Word of Mouth exposure among those using Android phones jumping 7 points, from 9.9 to 17.4.

Apple, playing to their commited fan base with their punchy, attention keeping ad campaign has earned them a significant boost in ad awareness and was well received by both the public and even those using competing brands of phone. 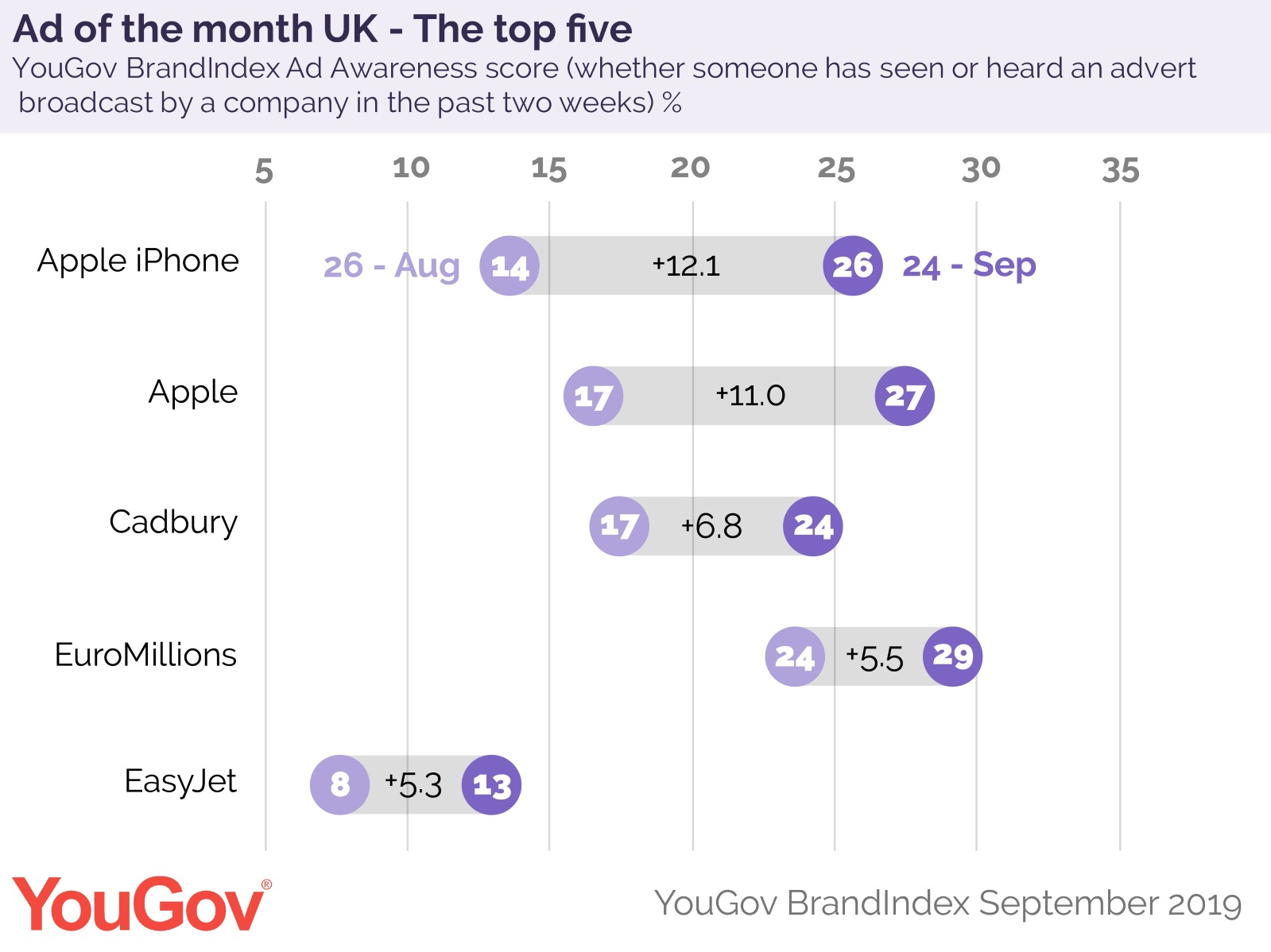 Looking at the top five ads this month, the core Apple brand narrowly lost out, with an advert revealing its new gaming service Apple Arcade netting the company a 11-point boost to its ad awarness this month.

Other close contenders for the title included Cabury’s, EuroMillions and EasyJet, who saw increases in ad awareness between 6 and 5 points across the month.