Hair care brand Sunsilk achieved the biggest uplift in Ad Awareness in the UAE in December.

Sunsilk’s ‘Rethink Pink’ campaign has struck a chord with UAE residents, especially women. The brand achieved the greatest Ad Awareness (whether someone has seen an advert for the brand) in the UAE in December and has increased its sc

The brand which is on a mission to inspire and empower women is continuing to build on its Rethink Pink campaign that was initially launched in October. The campaign aims to “give ‘Pink’ a new perspective” and to “celebrate what ‘Pink’ means – standing for possibilities instead of limitations”. The campaign features on digital platforms and also includes an inspirational documentary series titled “Our girls don’t”. 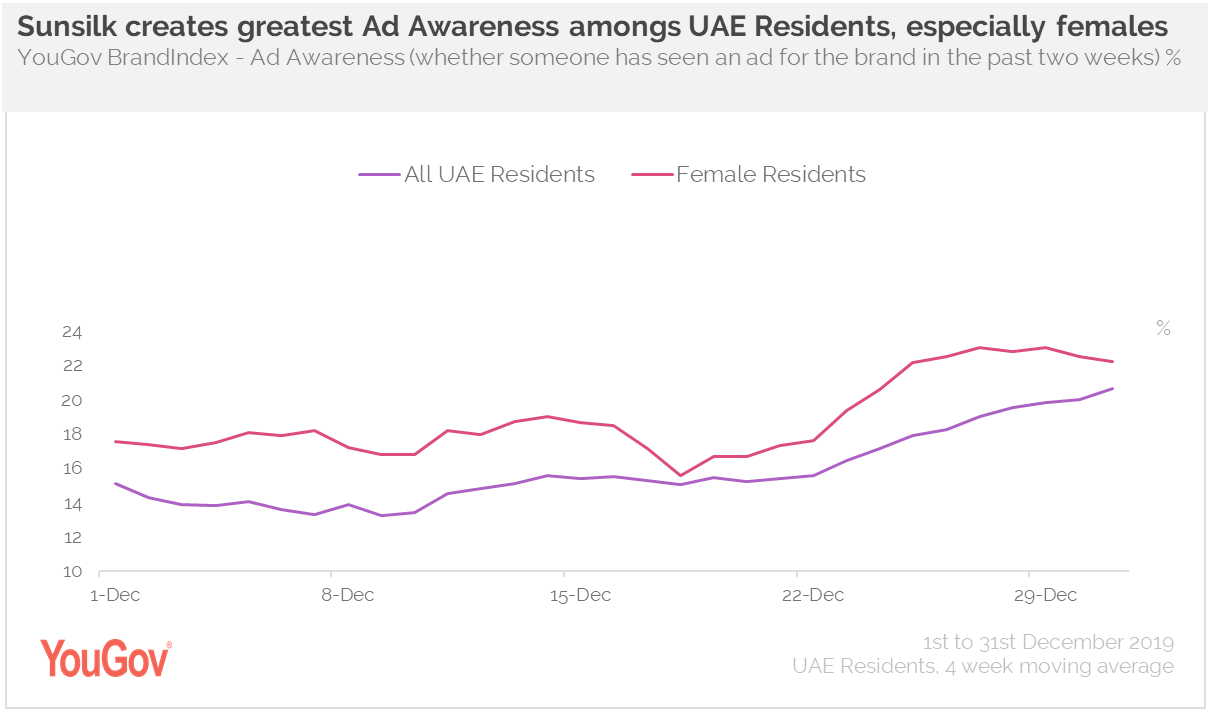 With ‘Rethink Pink’ Sunsilk has managed to generate increased Ad Awareness among UAE residents. Among females the numbers are even higher, with Ad Awareness reaching +23 at the end of December, highlighting how the campaign is resonating with the brand’s target audience.

Not only are people noticing the ad, but it has got people talking too, with an equal 7-point increase in Sunsilk’s Word of Mouth score (whether you have talked about a brand with friends of family) by the end of December.

YouGov BrandIndex will continue to track the overall success of the campaign, not just in Ad Awareness, but also in terms of its impact on Consideration and subsequent Purchase Intent.