During September, Riyad Bank achieved the highest uplift in Ad Awareness of any brand in Saudi Arabia.

Riyad Bank, one of the largest financial institutions in Saudi Arabia, enjoyed the greatest improvement in Ad Awareness of any brand during September. The uplift coincides with the brand’s blood donation drive as well as its 75th National Day campaign both of which appear to have resonated with the public.

YouGov brand tracking data shows that the campaign has resonated with the general public, with Riyad Bank’s Ad Awareness score rising by 7.8 points, from +17.4 at the beginning of the month, to +25.2 on the 29th September.

Among the younger population (18-34 year olds) these numbers are even higher, with Ad Awareness reaching +25.6 at the end of September, increasing by 9.8 points throughout the month. 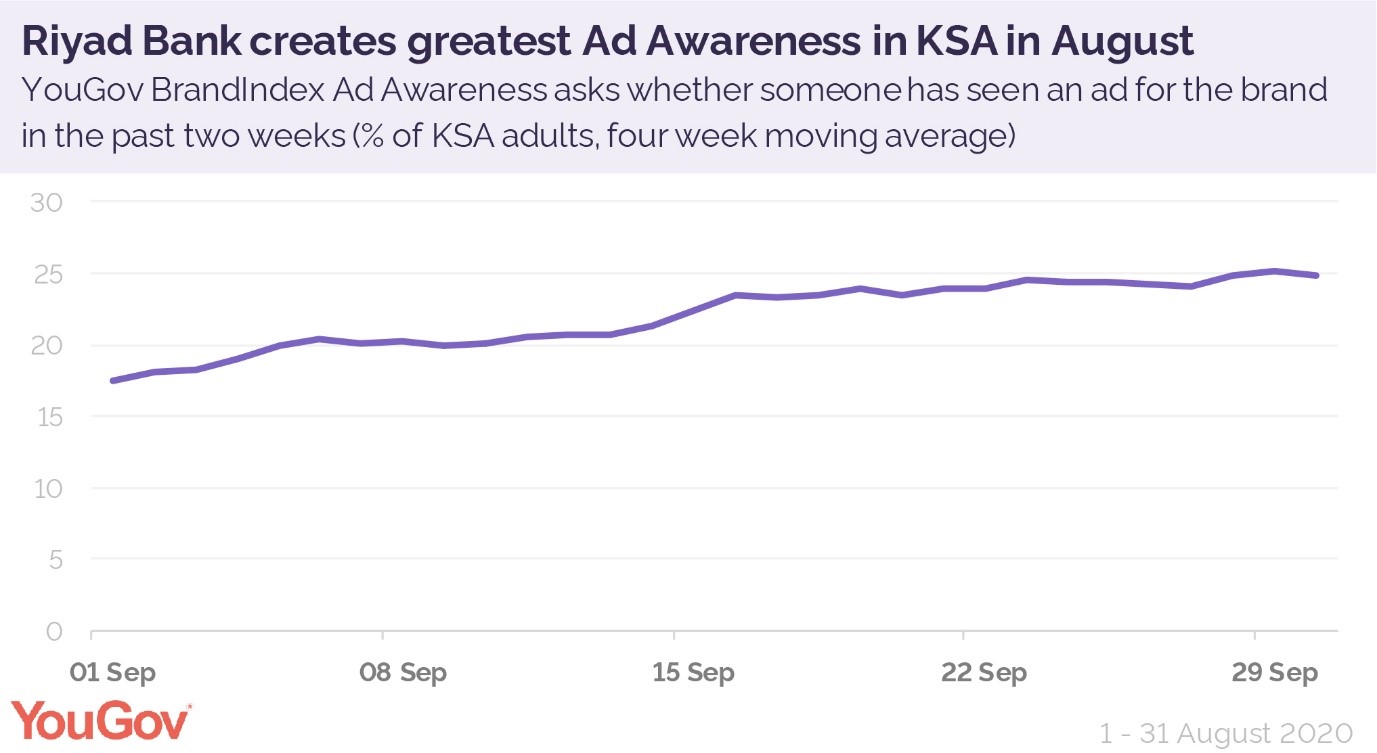 Looking at how this uplift in Ad Awareness has impacted Consideration for Riyad Bank, at the total population level, Consideration has increased by a significant 4.2 points. However, among the 18-34 age group, Consideration for Riyad Bank has increased significantly, by 7.3 points, from +12.2 in August (simple average for the month), compared to +19.5 for all of September. Amongst the over 35 age group, the uplift was a non-significant 1.2 points. This shows that while the adverts have cut through and were noticed at the total population level, when analysing the impact of the campaign, the behavioural changes were more apparent amongst a younger audience. 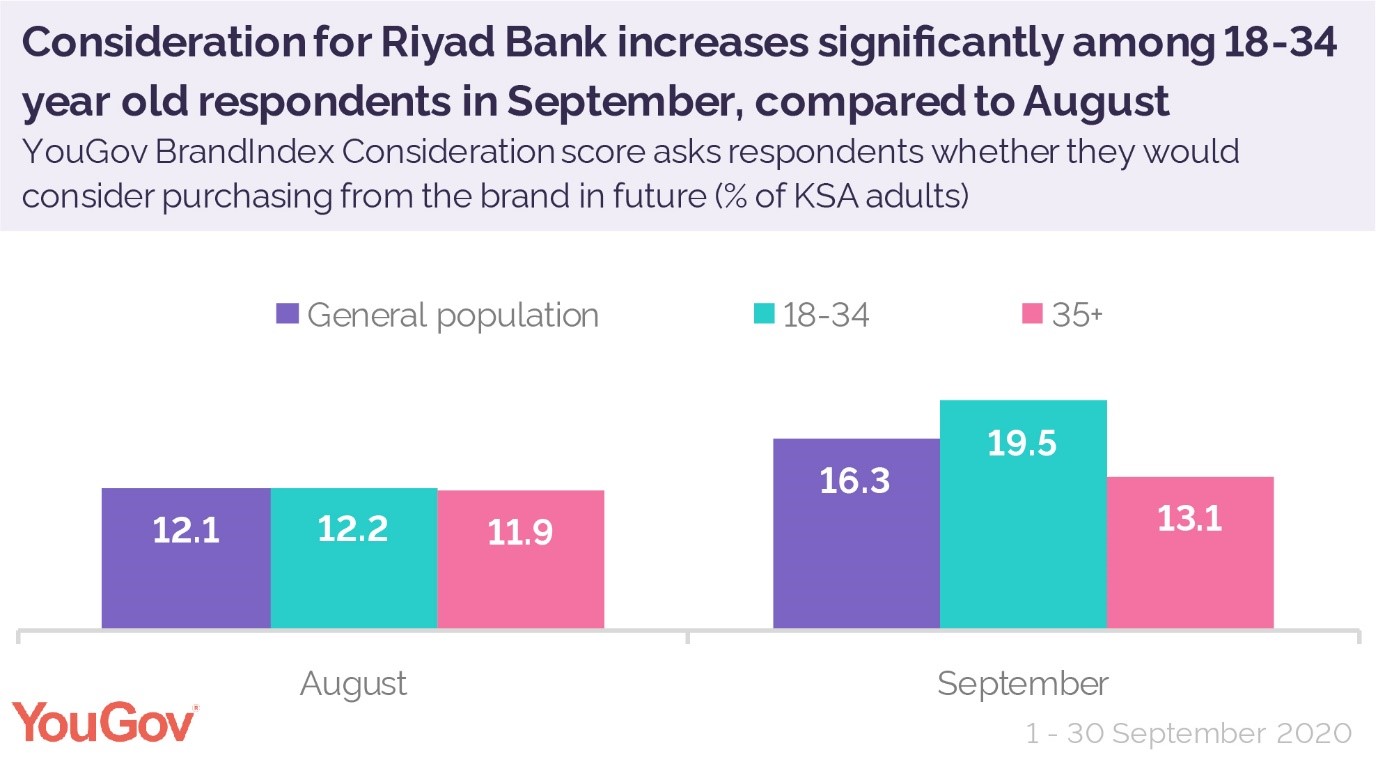 The success of these campaigns will continue to be tracked in BrandIndex over the coming weeks, and we will get a better idea of whether these campaigns have translated to greater Current Customer numbers for Riyad Bank in KSA.