During August, Panda achieved the highest uplift in Ad Awareness of any brand in Saudi Arabia.

Panda, the retail company, enjoyed the greatest improvement in Ad Awareness of any brand during August. The uplift coincides with the brand’s back-to-school campaign, which focuses on getting ready for the new school year and the associated special offers on school supplies.

In addition to the messaging highlighting the back-to-school promotions, Panda has also created recipe tutorial videos. These were shared on social media and centred around meals and snacks that can be prepared to take to school, using ingredients available at Panda stores.

YouGov brand tracking data shows that the campaign has resonated with the general public, with Panda’s Ad Awareness score rising by 8.2 points, from +20.9 at the beginning of the month, to +29.1 by August 26. Among females these numbers are even higher, with Ad Awareness reaching +31.0 at the end of August, increasing by 12 points throughout the month. 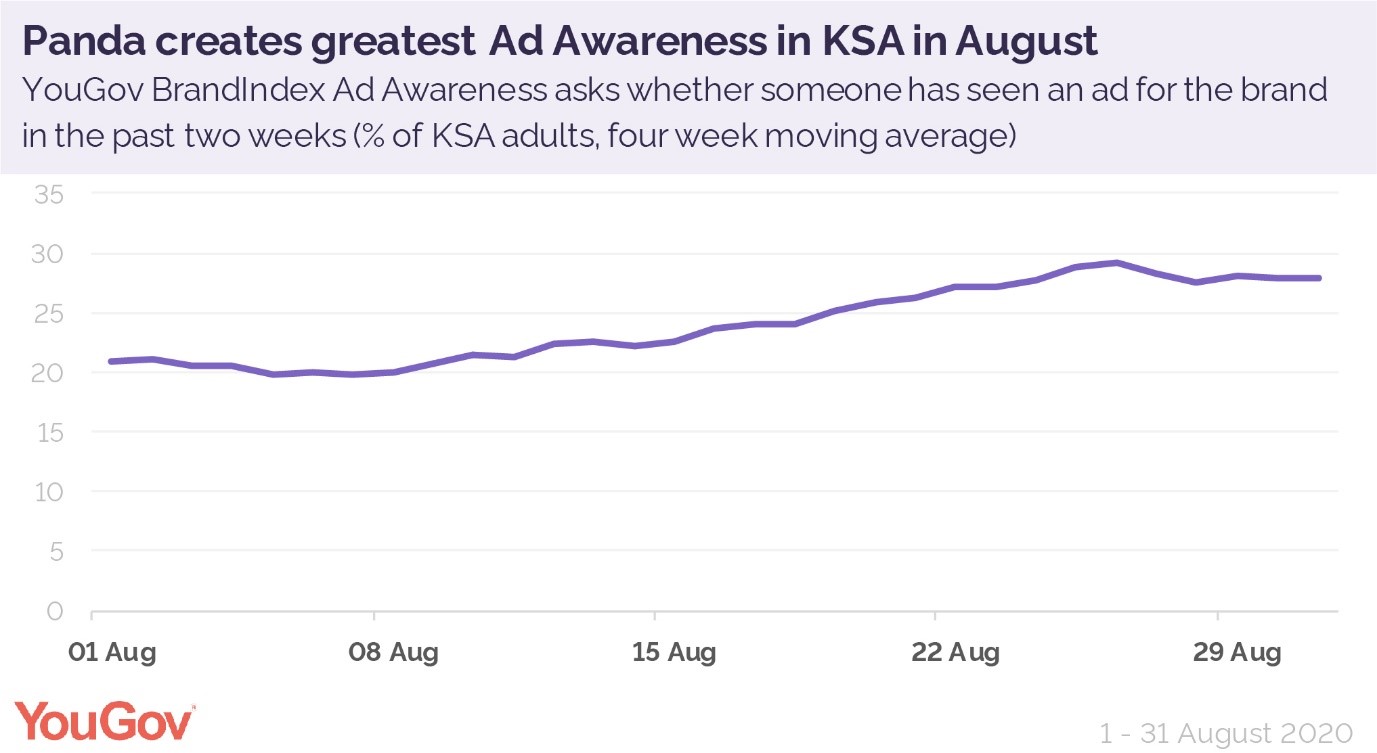 Looking at how this uplift in Ad Awareness has impacted Consideration for Panda, at the total population level, Consideration has increased by a slight 1.5 points. However, among females, Consideration for Panda has increased significantly, by 10.3 points, from +24.5 in July (simple average for the month), compared to +34.8 for all of August. This shows that while the adverts have cut through and were noticed at the total population level, when analysing the impact of the campaign, the behavioural changes were apparent only among females. 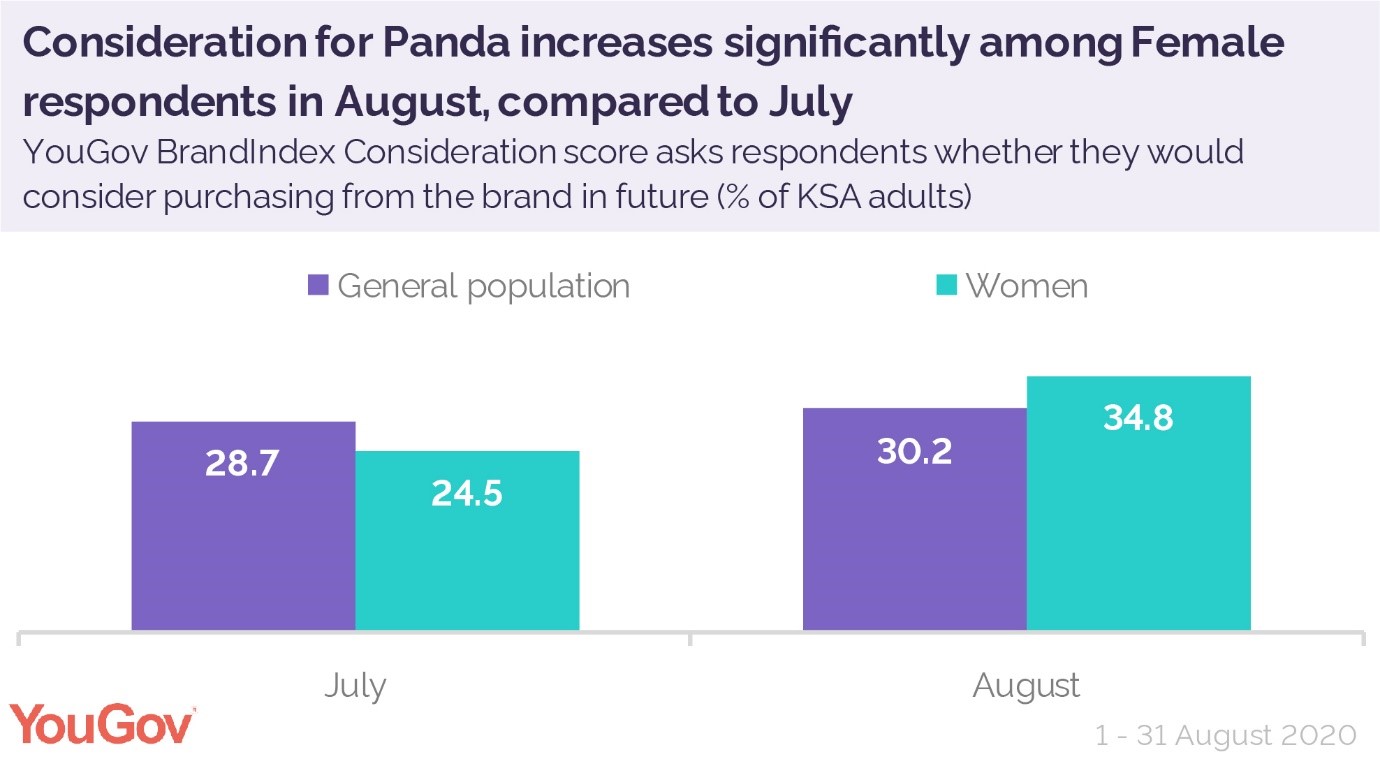 The success of this campaign will continue to be tracked in BrandIndex over the coming weeks, and we will get a better idea of whether these campaigns have translated to greater Current Customer numbers for Panda in KSA.