Cathay Pacific is the brand which has achieved the highest uplift in its Ad Awareness in the past month.

The rise coincides with its ‘Nobody Does Rugby Sevens like Hong Kong’ campaign. The ad calls rugby fans to watch the Rugby Sevens in Hong Kong with their package. The package includes Cathay Pacific air tickets, three-day event tickets, hotel accommodation and shopping discounts and other perks.

YouGov BrandIndex data shows that Cathay Pacific’s clever localised ads have captured Hong Kongers’ attention. Cathay Pacific’s Ad Awareness score (whether someone has seen an advert for the brand in the past two weeks) has risen from +21.1 to +28.3, jumping 7.2 points. 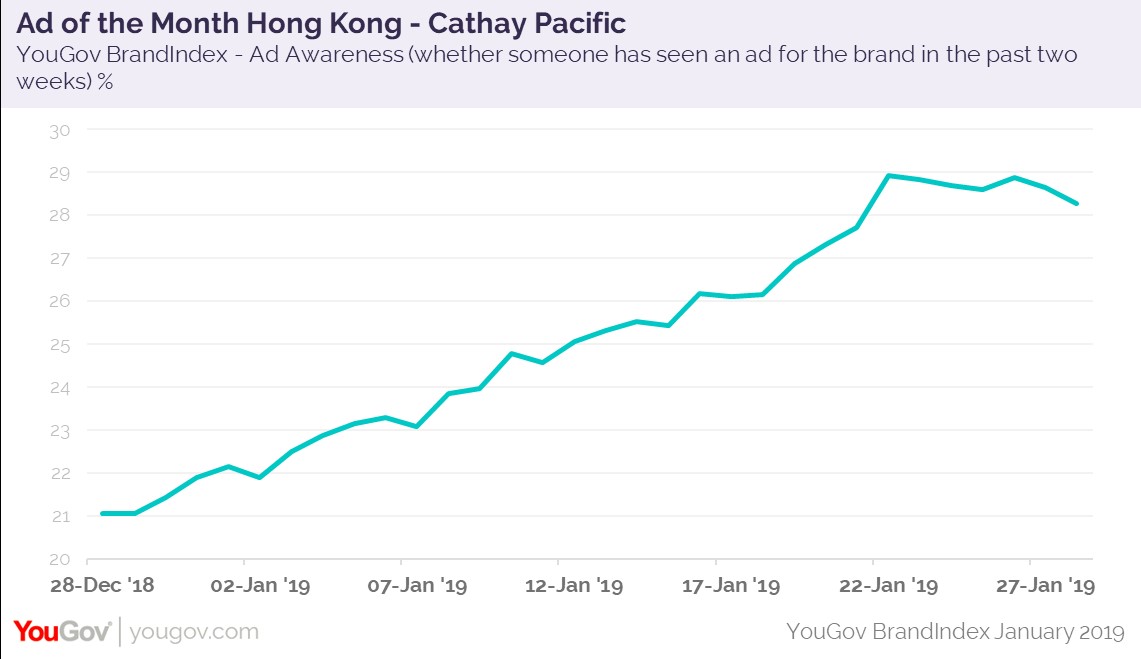 Hong Kong consumers are not only noticing Cathay Pacific, the brand has also seen an increase in Buzz, with their score on this metric jumping from +1.4 to +10.7. The increase of 9.3 points indicates that more people have been hearing positive things about the brand in the past month.