This month, Birell is the brand which has achieved the biggest uplift in its Ad Awareness in Egypt.

The Egyptian people saw their national team qualify for the FIFA World Cup for the first time since 1990, so the brand was therefore well-placed to capitalise on some football themed product marketing.

The new ad campaign is a mixture of online, TV and out of home advertising and a primary feature includes the new Birell cans packaging over a football field. The ads also integrate copy that reads ‘a season just for Football.’

YouGov BrandIndex data shows that as a result of its football oriented ad campaign, Birell’s Ad Awareness score (whether someone has seen an advert for the brand) has risen significantly from +12 to +21 since the World Cup began. 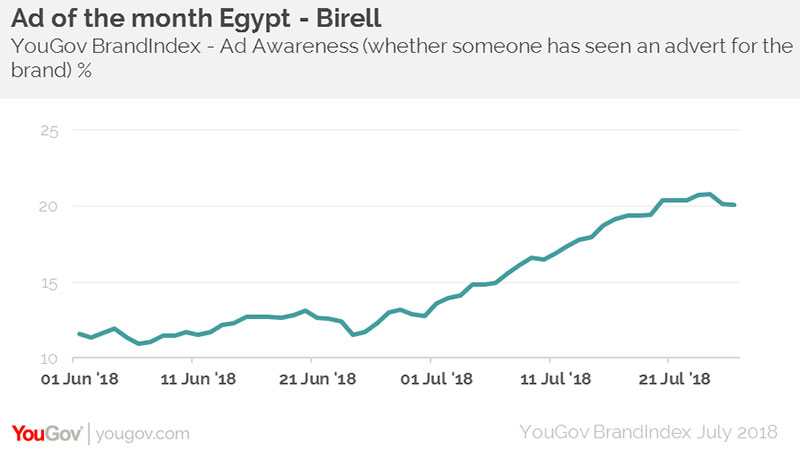 The campaign has achieved significant cut through among those who would already consider buying from the brand. Ad Awareness among this group has gone from +36 to +59.

Not only is the campaign being noticed, but it’s also prompting conversation. Birell’s Word of Mouth score (whether someone has talked about a brand with friends or family) has gone from +10 to +16.

Capitalising on a tournament can always be tough, with so many other brands looking to do the same. Birell has managed on this occasion to separate and differentiate itself in an effective way.