Carvana, the online used car retailer, saw the greatest uplift in Ad Awareness of any US brand during May.

Carvana has been reminding Americans that they can get their next set of wheels the same way they way get their groceries or recent Amazon purchase: delivered.

Carvana, known for massive vehicle vending machines, saw a substantial uptick in advertising awareness in the last month as it highlighted the safety and ease of getting a new car delivered during the pandemic.

On May 25, 15.8% of Americans had reported seeing an advertisement for Carvana, representing an increase of 35% from April 25, the highest jump of any brand tracked by YouGov.

YouGov Ad Awareness is based on the question “Which of the following auto and gasoline brands have you seen an advertisement for in the last two weeks?” 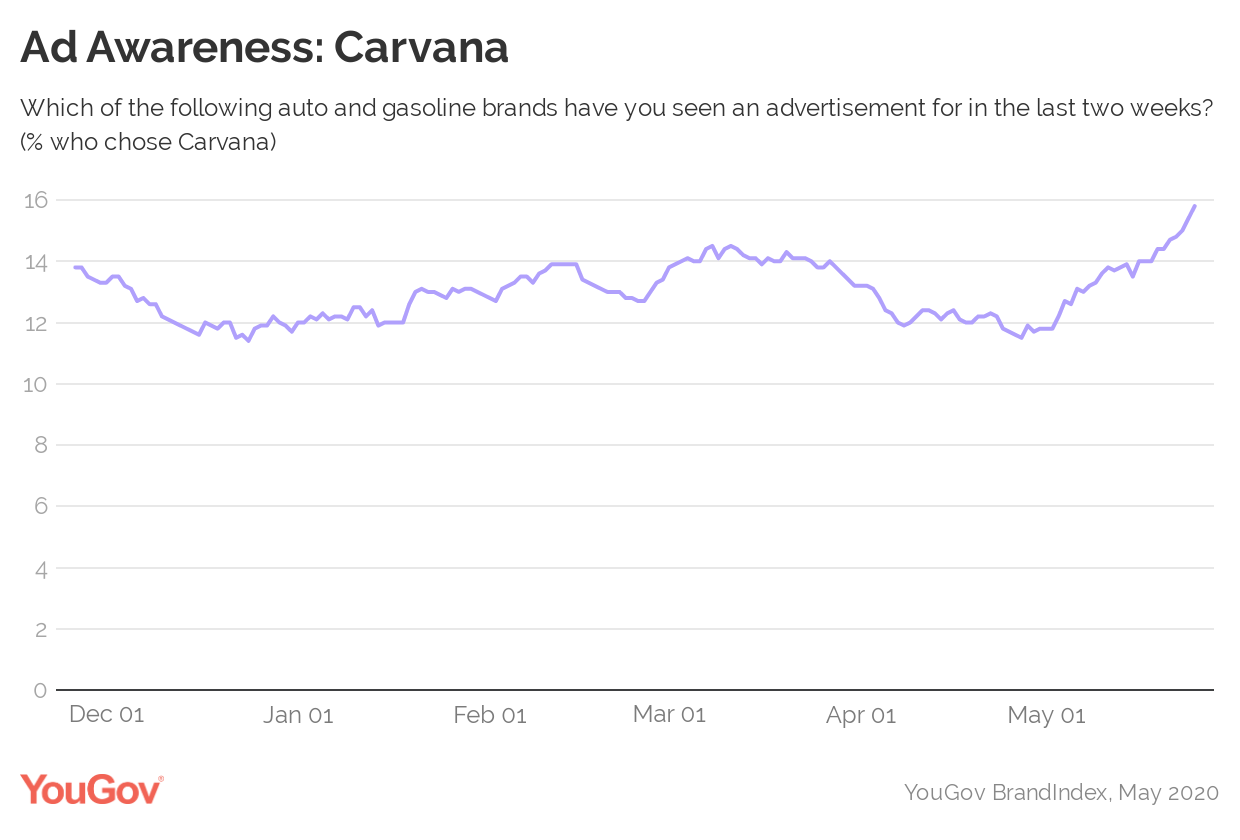 Much of the nation is hesitant about returning to public places, and Carvana’s latest advertising highlights its online buy-and-sell interface, as well as its touchless delivery and return policies.

Like other traditional auto dealers, Carvana is also touting a 90-day return policy during a time when job-loss numbers may be frightening consumers away from big ticket purchases.

According to ongoing data compiled by YouGov, nearly half (49%) of Americans said in the last 28 days that they are not at all likely to purchase a car, while roughly another quarter (23%) say they’re not very likely.

However, on the flipside, 29% said they’re at least ‘somewhat likely’ to purchase a car or truck in the next 12 months.

All of which is to say , Americans will still need to purchase vehicles, even during a pandemic. Carvana’s recent increase in advertising awareness is likely a harbinger of yet another industry forced to make lasting changes to the way it does business as a result of COVID-19.