During March, streaming platform Disney+ achieved the highest uplift in Ad Awareness of any brand in the UK with a +11.2 change in score.

With Britons on lockdown, many are turning to streaming services to provide content to keep them entertained and a strong advertising push ahead of its late March launch in the UK sees Disney+ crowned Ad of the Month.

YouGov BrandIndex data shows Disney+ Ad Awareness scores (whether someone has seen or heard an advert broadcast by a company in the past two weeks) have improved by +11.2 points, giving a score of 26.8 by the end of the month.

The adverts highlight the brand’s headline content, including the new live-action Star War series The Mandalorian, the previous Star Wars films and shows, as well as a huge back catalogue of classic Disney movies. 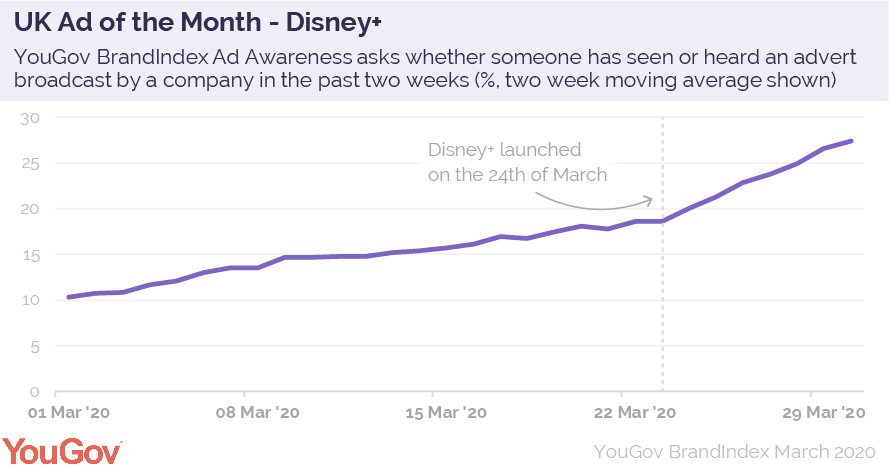 The advertising campaign has done well across differing target groups, as YouGov BrandIndex data also shows Consideration Scores for Disney+ (whether consumers would consider purchasing from the brand in the future) have risen among both parents and fans of science fiction films. 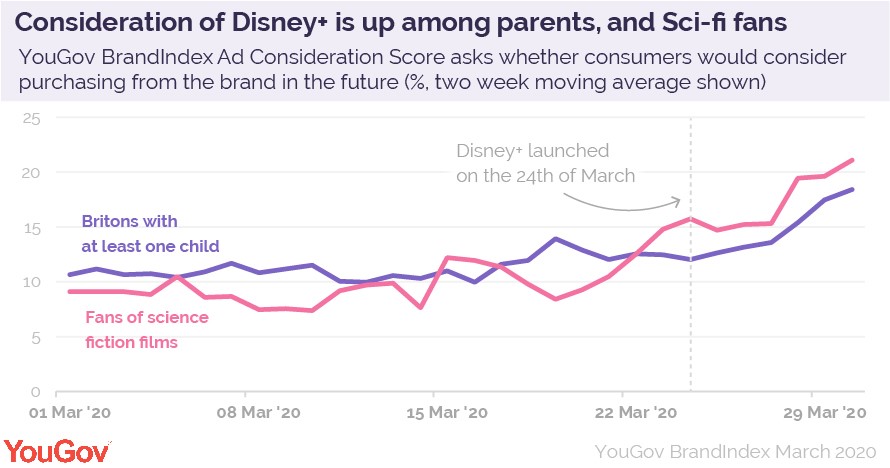 Among parents, the Consideration Score for Disney+ rose from 10.7 at the start of March, to 18.4 at the end, a rise of +7.8 points, compared to the +11.9 point rise seen among science fiction movie fans.

Runners up for the best improved ad awareness scores are Tyrrells and Asda which increased their scores by +4.7 and +3.6 respectively, closely followed by Morrisons which added +3.5 to its score.