This month, Wardah is the brand which has achieved the greatest uplift in its Ad Awareness in Indonesia, with the beauty brand Wardah focussing on creating social gatherings for beauty vloggers.

In a country where Muslims make up the majority of the population, Wardah has gained popularity among Indonesian women by focussing on halal compliant products.

YouGov BrandIndex shows that their recent campaign- #SenyumKabaikan - has given the brand a significant rise to their Ad Awareness, jumping from +37 to +47 over the past month. 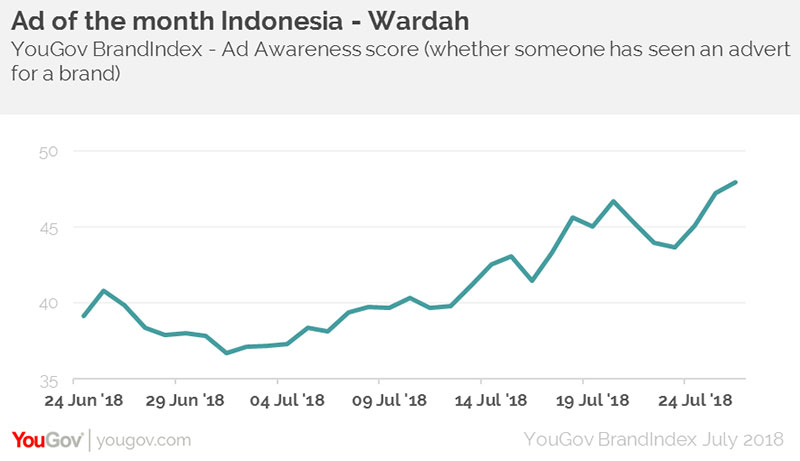 The campaign has a focus on creating social gatherings for Indonesian Beauty Vloggers across the country, where the bloggers and vloggers then write and post about their experience on their social channels.

Not only has the campaign boosted its Ad Awareness, but it has had an effect on other important metrics too. The brand’s Buzz score (whether you have heard something positive about a brand) has gone from +35 to +45.

Wardah started out simply selling lipstick from door to door and has grown massively in size since then. Its social media and influencer focussed campaign has worked in its favour, and that there has certainly been an uplift in people noticing it.