TBWA’s Hui Wen Tow looks at the potential future of travel as the COVID-19 pandemic continues to disrupt and alter how consumers satisfy their wanderlust.

As COVID-19 morphs from a global emergency to a nagging daily worry that hangs over our shoulders, travellers’ jet-setting, globe-trotting days become a distant memory of the past, for as long as international borders remain closed and planes grounded.

Locked in and bored out of our minds, the world is hungry for stimulation in all shapes and forms. We are playing more games, consuming more entertainment and, amongst the better of us, signing up for a range of online classes in the name of self-improvement. Travel in a closed-off world has nonetheless remained relevant, satisfying #wanderlust either with the imagination of virtual travel or the renewed curiosity of rediscovering our backyards.

Driven by necessity and the gaping financial hole caused by months of standstill, global brands and national tourism organisations have likewise pivoted to woo domestic travellers. From campaigns encouraging travellers to ‘Go Near’ (Airbnb) or rediscover their home (SingapoRediscovers), to aggressive promotional schemes such as China Airlines’ all-you-can-travel domestic pass or Japan’s Go-To-Travel local subsidy, institutions are not skipping a beat to revive the spirit of travel, however possible in this day and age. This shift raises some questions:

Home is and will be, the safest place to be, in the short to medium term

This inwardness has been exacerbated by COVID-19. The pandemic has created a general mistrust of the world around us – a sense of “you can control your immediate environment, but not the people or the bigger world around us”. Our perspectives have shifted from global to local as international borders close and our attention focused on our immediate social circles and local neighbourhoods.

According to a GlobalWebIndex poll back in end-March 2020, most people expect the global situation to take longer to solve than the one in their own country, despite the varying severity of COVID-19 across markets.

This presents a boon for domestic tourism. Beyond the closure of borders, people are seeking comfort in the familiar, as evidenced by nostalgic #throwbacks on Instagram and the spike in the consumption of comfort foods or comfort cooking. Two in three polled by Tripadvisor said they will travel domestically in the next six months. Road trips, perceived as a safer way to travel, are making their great comeback.

After experiencing months of accelerated forced change and immense uncertainty, the world’s need to discover the unknown and explore off-the-beaten-path will be deprioritised. There is safety in the notion of home and this will be critical to travellers in the short to medium term, even after international borders start opening up.

It is said that necessity is the mother of all invention. As tourism players are forced to find ways of making money beyond “the tourist tax”, the early signs of creating a more innovative and sustainable suite of travel experiences are encouraging. Could this finally spell the end of the generic, overpriced and wasteful breakfast buffet?

As low touch becomes the highly desired new norm, we might see a trend towards hyper-independent/self-guided travel in the mainstream segment. This could create a more equal footing between service providers and customers and potentially redefine service excellence in an industry often characterised by subservience, especially in Asia.

On the extreme end of the spectrum, luxury travel might become uber-luxe as travel is likely to become more expensive and therefore more exclusive in a post-COVID future. Hygiene needs will be elevated to a heightened demand for space and privacy. Think Crazy Rich Asians on steroids: private tours, private island holidays, camping in the wilderness with first-world comforts, full-service villas and hyper-personalised service.

Another interesting observation also lies in the romantic revival of hotels as they find ways of diversifying beyond a tourist-only audience. Much of the headlines in the travel category over the last five years have been dominated by Airbnb and the like in the vacation rental space. However, as travellers seek the assurance that corporations and their standardized hygiene protocols provide, hotels have come back into the limelight as they pivot for a WFH domestic audience.

Tourism boards across the world continue to launch international campaigns despite closed borders. From tapping into the rise of gaming via Play NZ – the world’s first gameplay walkthrough of the real world, to enabling frustrated cooped up travellers to virtually Let it Out in Iceland, the category might finally be breaking through the beautiful but conventional mould of montage advertising to keep themselves top of mind.

It can be argued that the enjoyment of travel is more determined by one’s mindset than the actual destination. Yet the experience of being in a different place where the food tastes different, the air smells different, the city and its people look and sound different is an immensely enriching, and sometimes life-changing thing. An experience that can hardly be replicated in a domestic setting. On many levels, travelling within borders cannot truly replace the exhilaration of travelling beyond borders.

While travel needs in the short to medium term are likely to be driven by the seemingly more basic desires to reconnect with closed ones or to escape the mundanity of the everyday, it’s impossible to quell the explorer spirit innate to humanity in the longer term.

Travel remains one of the most accessible ways of broadening one’s mind and enriching one’s soul. Sometimes, not feeling like you naturally belong can be the most illuminating way of finding oneself. 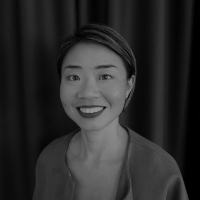 Hui Wen Tow is the executive planning director at TBWA\Singapore.
Get a demo
Topics
Send feedback