Publishers and advertisers need to start thinking in terms of private gardens rather than walled gardens if the duopoly is not to emerge from the COVID-19 pandemic even stronger than before, warns Arnaud Créput.

COVID-19 has been a perfect storm for online publishers. Media owners saw a significant uptick in online traffic caused by audiences seeking information and entertainment, but their ability to monetise that traffic was hampered by two key issues. First, advertisers have been cautious in the uncertain economic climate, spending less on digital advertising. Second, coronavirus-related keyword blocking prevented ads from running on the very content visitors are most interested in consuming. Recent research reveals keyword blocking is now a problem for 43% of UK publishers.

While a prolonged dip in revenues may prove catastrophic for smaller media companies, the situation ultimately benefits those that currently dominate the digital advertising industry, namely Google, Facebook and to a lesser extent Amazon. It’s true the duopoly has been impacted, but these digital giants were already expected to collectively capture $24.1 billion of net new ad spend in 2020, in a market that was only predicted to expand by $19.4 billion. This means the duopoly was forecast to capture more than 100% of the annual market growth for digital advertising before the crisis.

And, even now, they remain enormously profitable. Their recent Q2 earnings prove that the crisis has actually benefited them – Google posted an overall minor 8% year-on-year (YoY) decline in ad revenue, but still strongly outperformed expectations for the quarter, Facebook reported 10% growth YoY and Amazon 40%. This demonstrates their unshakeable position and the way in which they are able to take advantage of situations where other industry players can’t. Their decline will always be less steep, their recovery faster, and the imbalance will continue to worsen.

Share prices for both companies have also recovered after an initial decline, illustrating market confidence. The platforms have some advantages over smaller publishers that help them maintain a stronger position – such as sizeable agency agreements, aggregated data silos, a focus on performance over branding, and are less impacted by advertisers’ brand safety strategies, such as blocking keyword terms including ‘COVID-19’ or ‘coronavirus’. Advertisers should ask themselves whether fake news and hate speech are better ambassadors for their brands than premium news publishers. This consciousness has already started with the #stophateforprofit movement, as well as the July advertiser boycott of Facebook, which was a remarkable move against the tech giants’ favour.

Various antitrust investigations are exploring whether their dominant positions are being used to disadvantage others. A recent investigation by the UK’s Competition and Markets Authority (CMA) into online platforms and digital advertising calls for a new ‘Digital Markets Unit’ to be established by the government, tasked with regulating the major digital platforms funded by ad revenues like Google and Facebook. The study showed Google and Facebook’s domination of digital advertising has a negative impact on the market, stating that they have “such strong incumbency advantages” that “potential rivals can no longer compete.”

Indeed, the CMA’s chief executive Andrea Coscelli stated that, “Through our examination of this market, we have discovered how major online platforms like Google and Facebook operate and how they use digital advertising to fuel their business models.

“What we have found is concerning – if the market power of these firms goes unchecked, people and businesses will lose out. People will carry on handing over more of their personal data than necessary, a lack of competition could mean higher prices for goods and services bought online and we could all miss out on the benefits of the next innovative digital platform.”

Admittedly, the duopoly has taken steps to help publishers at this time of crisis, with Facebook pledging $100 million in financing and ad spend to support U.S. news organisations, and Google waiving its ad serving fees for news publishers for five months. But the financial impact of these initiatives is a mere drop in the ocean, and they effectively make publishers even more reliant on the duopoly’s platforms and technologies.

Just as GDPR inadvertently benefited Google – helping to increase its market share in Europe and win the compliance game at the expense of smaller advertising entities – a similar thing is now happening with COVID-19. Unless action is taken on both sides of the industry, the duopoly will emerge from the pandemic more dominant than ever before.

At a time of crisis and uncertainty, publishers might want to lean more heavily into the known environments of Google and Facebook. But the availability of independent tech platforms which protect data means publishers can wean themselves off their reliance on the walled gardens of the duopoly and create their own private gardens. By allowing them to both protect and activate their own valuable first-party data, private gardens put publishers back in control of their inventory and ensure they receive the highest return for each impression.

Before the pandemic took hold, the market was seeing a shift back to private transactions, with programmatic ad spending on private marketplaces predicted to exceed spend on open exchanges in the U.S. this year. So it’s the right time for publishers to explore ways to build and control their own marketplaces, ideally forging alliances with other media companies to create the sort of scale that can provide a viable alternative to the duopoly.

Advertisers are being understandably cautious about where they spend budgets limited by the COVID-19 situation, and it’s only natural to gravitate towards familiar environments such as Google and Facebook where user data can be leveraged to target audiences. With the loss of third-party cookies, these cookie-less environments become even more attractive.

But by changing their approach and forming closer relationships with premium publishers and content owners, advertisers will have the opportunity to get closer to first-party publisher data, allowing them to access exclusive inventory and reach unique audiences while they are fully immersed in quality content. They will gain total transparency, understanding precisely where their budgets are being spent and what they are achieving in a way that will never be possible in the opaque world of the walled gardens.

COVID-19 is further impacting a digital publishing industry already struggling with the dominance of Google and Facebook. As the pandemic continues to squeeze ad budgets, it is the smaller media owners that suffer. While antitrust investigations may eventually go some way to reducing the power of the duopoly – mainly by disallowing anti-competitive behaviour such as self-preferencing – these regulations and frameworks must be instigated quickly, or else it may be too late for some publishers. Both sides of the industry need to act now to provide a viable alternative to walled gardens and reduce their reliance on the duopoly. 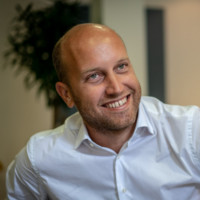