Artificial intelligence occupies a contradictory place in the advertising imagination: at once a potential creative catalyst while also threatening sameness – Kantar’s Irene Joshy explores this evolving landscape and what it means for creativity.

In a short space of time, technologies driven by Artificial Intelligence (AI) have become embedded into almost every aspect of the advertising world. From identifying the best media mix for content to personalising programmatic ads, there are few campaigns nowadays that are completely free from an AI element.

But in contrast to the tidal wave of AI-informed media decisions, it appears AI has been somewhat left out of the creative process. Storytelling remains an abstract art firmly in the domain of humans. However, as AI’s potential explodes, is it now possible to programme a ‘creative spark’?

The ad Driven By Intuition: Car By Lexus created ripples when it was launched in November 2018, claiming to be the first ‘AI scripted and human directed’ ad experiment. Lexus explained that the machine-created script was informed by a huge amount of information.

The AI used 15 years of award-winning ads, consumer survey data from the key target audience of intuitive people, and finally, neuroscientific evidence on the emotions triggered by a diverse set of images, music and executional elements on this particular segment. The machine was programmed to synthesize all the desired ingredients and sequence them in a logical and dramatically compelling manner.

But having spent many years labouring over story creation for brands, this AI-based approach raised two questions in my mind:

It’s hard to imagine that a machine can replicate the complexities or emotions of the human brain. When chatbots appeared on the scene, they were lauded as the AI technology that could soon replace human customer service. However most failed the Turing Test spectacularly - they were unable to exhibit intelligent behaviour indistinguishable from that of a human. Despite their improvements, chatbots’ inability to connect with humans on a more emotional and informal level has stunted their use by brands.

But as I delved deeper into the details of how AI works in story creation, I learned that AI’s Machine Learning (ML) capability is designed to operate like our brains - constantly decoding, identifying patterns, encoding further and using cognitive computing akin to human cognitive thinking. One of the latest additions to ML is emotional recognition, allowing it to identify emotions and reverse-engineer the stimulus to trigger them. When coupled with neuroscience data that unpacks what emotions need to be triggered, at what point in the story and to what intensity, this approach has huge storytelling potential.

The biggest advantage AI offers to the creative process is its ability to play with these emotional elements with the focus and speed that surpasses human capability. That, to me, is the true value-add in a world with great demand for content produced in record time.

However, this brings me on to my second thought. If creatives shift towards AI, to what extent will we end up with increasingly formulaic ads? Imagine a world where every automotive ad starts to look and feel like the last, with minimal originality. This would be the ultimate commoditisation of the drive experience, detrimental to both brands and the consumer looking for something different and inspirational.

The biggest challenge is going to be whether AI and its ML has the capacity to trigger disruption. Informed by what has come before and been successful, can it challenge its own thinking to create something different and new? Will it be able to imitate the human ability to challenge and rebel within its own neural patterns? Or will humans remain the gateway, sense-checking that AI creations work in the real world and not just in code?

The acid test of a good creative is compelling storytelling coupled with the right type of emotional engagement. In addition, it needs originality to make it memorable so that the audience will associate it with the brand. The next generation of ML needs to be built in a way that matches the human ability to code, create patterns and re-create emotionality in unique and different ways, each and every time.

I can appreciate the beauty of the Lexus ad however it falls short for me personally because it does not trigger an emotional response, even with the help of a human director. However, as AI progresses and improves its understanding of emotions, I anticipate a new generation of AI-influenced story creation that has human emotion at the centre. As with the Lexus ad, the human mind will still need to lead, but providing AI can self-learn the art of disruption, I believe it has an important role in the future of creative advertising. 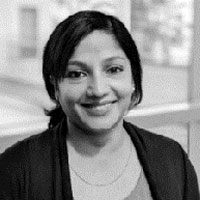 Irene Joshy is the regional head of Creative at Kantar. She helps clients in APAC build effective advertising through relevant messaging, impactful storytelling and cultural authenticity. Irene regularly speaks about a variety of topics ranging from brand archetypes to the effective use of semiotic frameworks in advertising.
Get a demo
Topics
Send feedback