Last month I had the pleasure to share the stage with the research team from the IPA (The Institute of Practitioners in Advertising) as it presented its latest 2019 TouchPoints data. I was there with colleagues from Facebook to share some separate and complementary new insights about the rapidly changing commercial media landscape.

We all know the way people consume media has changed; I don’t need to tell any subscriber of WARC that.

Whether that’s someone watching Leonardo DiCaprio be savaged by a bear on their morning commute, or shoppers catching-up on highlights from Britain’s Got Talent on their mobile as they stop for a coffee and some retail respite on a Sunday, consumption has and continues to change. This can’t be debated.

What is debated – frequently and passionately by differing viewpoints from across our industry – is whether that change isn’t actually as significant as it seems, or indeed if the rules of convention have been ripped up and we all need to rethink what we’re doing.

The truth? The truth is that these two sides of the same coin are both wrong and they’re both right. What we are encountering now is a two-speed media landscape, with notable differences in consumption across ages in the UK.

This is one of the key findings in the IPA’s new report – ‘Making sense: The commercial media landscape’ – and it has big implications for media planners and advertisers as they plan campaigns. Launched together in partnership with Facebook, this is an essential report for anyone with an interest in advertising or media.

Whilst IPA TouchPoints has been a central tool for media planners and clients since 2005, this is the first time the key findings of the research have been laid out to give a clear understanding of the shape of the commercial media landscape in Britain today.

Sweeping statements of a one-size-fits-all approach for all brands to achieve success are nonsense.

The report clearly shows that how our media behaviour is evolving depends a lot on our age. The truth is some things are changing quickly, some are changing slowly, and some elements haven’t changed at all. But understanding the detail behind this can help make our industry smarter and more effective in the future.

Hence, the need for this analysis is twofold.

Firstly, as an important element of advertising planning, media consumption is often discussed and debated, meaning myths and stereotypes understandably circulate. This report counters those rumours with facts. Some of the findings may be more expected than others. But complacency is a killer in the ever-evolving advertising industry. For many, this report will challenge the accepted wisdom and make you think again about the reality of commercial media consumption today.

Secondly, the media landscape has never been more crowded and complex, so this report looks to give clarity on where brands should focus their attention and effort.

There are five key takeaways in this report that guide media planners through this complex and evolving landscape.

A quick note on methodology by the IPA’s team for this report. The survey is media neutral and provides context for all media consumption. However, Out of Home (OOH) advertising is only referenced in the first section, because its definition of OOH exposure is based on time spent out of the home rather than specifically engaging with OOH media, which is the case for everything else.

Of course, this report isn’t the be all and end all for media planning. At Facebook we are solely focused on the brand and business outcomes investment creates rather than proxy measures, such as reach or time spent. However, they are crucially important. Byron Sharp calls reach “the foundation of any sound media strategy”. In the IPA’s Media in Focus, Les Binet and Peter Field highlight reach and time spent as the two media attributes with the strongest correlation to driving large business results.

Media planning is slowly evolving into an outcome-based discipline. At Facebook we use test and control methodology to determine how brands can get more out of their investment. Sharp recently said “Marketers should be doing experiments”.

This report is a good starting point to prioritise where advertisers should focus their experiments and learning agendas, because it gives the reader a clear understanding of how the commercial media landscape lies today and how it is likely to evolve in the future.

I hope this also puts paid to the oft-repeated industry debate of whether change is really happening or not. Some things have, indeed, changed hugely. As much remains as it ever was before. Let’s look to how people consume media themselves and let them inform how best we engage them, on their terms. 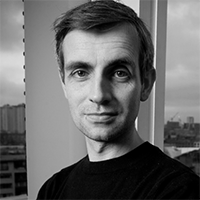