During the Coronavirus crisis, empty shelves have become a common sight around the world – Kantar’s Chris Morely explores whether the problem of stockpiling is all it seems or whether something else is at play.

You can find out a lot by asking people questions, but big-behavioural-data is much better when trying to work out what is actually going on, especially in situations where so much is changing and everyone is looking for the most plausible conclusion (and willing to jump to one) when the images they see, strongly validate what people are saying.

We see lots of video coverage in the media of people leaving a supermarket with a huge trolley full of toilet roll and numerous videos of people fighting over the last few products on the shelves and we very naturally conclude that the UK has gone mad and everyone is selfishly raiding the supermarkets to stockpile as much as they can, without concern or care for other people and families in their community.

We looked at data from representative panels of over 100,000 shoppers in the UK, which from a statistical perspective, is an unusually large sample to work with. With good data we are blessed.(1)

The first thing we did was identify stockpilers as shoppers who bought significantly more than they usually do (and we know what they usually do with precision). We found them, but to our surprise there were nowhere near enough to explain the volume of purchasing required to wipe out the aisles of many of the categories that we were seeing empty aisles for in during the first weeks of stockpiling in the UK.

Shoppers who were buying large amounts of these products in one go, were buying much more than normal, but having isolated these shoppers based on their behaviour, we calculated that they account for less than three percent (3%) of all buyers and as a result they accounted for a relatively small proportion of the problem.

So what are we missing?

We found that uplifts in sales across the whole category, often as much as 160% of normal levels, regularly each day, are being created by a much more understandable and less selfish behaviour by shoppers visiting these stores.

Huge volumes of shoppers were adding a few extra purchases of products they normally buy and adding a few purchases of categories that they don’t often buy into their trolley or basket and were doing this more frequently, i.e. also shopping more regularly than normal, across these first few weeks. This adds up to a whole lot of buying.

So, for categories that people buy frequently and in volume, like bread, fruit, meat, where there is a lot of inventory to go at, the shelves gradually became empty but for categories that most people don’t buy often at all, they were wiped out almost immediately.

This can still be described as stockpiling and the result is many households’ cupboards, fridges and freezers filling up with products, but it is not the kind of behaviour that those shoppers would see as selfish and abnormal, in the same way that walking out of a store with the last 30 packs of loo roll would obviously do.

It also explains why retailers’ restrictions on certain categories to several purchases per shopper and the government’s pleas to not buy more than you need, have not worked very well so far. Because for most people, they are not buying like the crazy person they saw on TV, or buying significantly more than they need, because the majority feel that they need to buy a reasonable amount more and the vast majority have not been filling their spare rooms with pasta.

The problem has, according to the retail industry experts, been exacerbated by delays on replenishment of stores, rather than an absence of products in the supply chain and hence there is a good chance that if the small percentage of crazy buyers does not increase and the majority of shoppers who have been stocking up, go back towards a replenishment of their higher stocks, we should see the problem gradually subside in the coming days and weeks.

(1) Please let me know if you would like to hear more about how we collect and manage our big-data and how we go to great pains to measure the UK retail marketplace with accuracy, whilst protecting the privacy and identity of the individuals and households who take part.

A special thankyou to Andrew Walker from the Kantar team (andrew.walker@kantar.com) who did the majority of the analysis on this topic over the last couple of weeks and was responsible for finding the (counterintuitive) diagnosis of what’s actually going on.

This piece appeared originally on LinkedIn 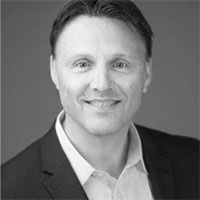