A fundamental shift in consumer attitudes demands a wholesale shift in approach from brands, according to progressive brands and agencies at Creativebrief’s flagship BITE LIVE event.

Historically when marketers and advertisers talk about disruption the likelihood is that they are referring to the pace of technological change. In the midst of our ‘move fast and break things’ tech-obsessed culture it is all-too easy for marketers to neglect the fundamental shift in consumer attitudes afoot. To see talking about the importance of diversity and inclusion as a proxy for real change in how communities are depicted in advertising.

However, as Mat Goff, CEO of adam&eveDDB explained on stage at BITE LIVE, “If you looked back ten years and said how much is advertising going to change over the course of the next ten years, we would’ve all talked about the technology. But the change in the mindset of the people we are advertising to is far more profound than the way that they’re consuming the media put in front of them.” In short, the need to move away from toxic and outdated stereotypes is not just a moral imperative; it is the single most profound shift impacting the creative industries.

It is a mindset that demands a creative reset at many brands, one that can demand a degree of soul searching. As Jim Shearer, Marketing Director of Molson Coors, candidly explained he felt "personally quite embarrassed about some of the work I had made" calling it "homogenous."

Shearer laid bare the reality of the brand’s legacy saying ads had stereotyped consumers. “Beer advertising would appear to be a world where women were on another planet, men just went to the pub to lick their wounds and take the piss out of each other. There is more to our drinkers and our community than that,” he added.

The drive to portray a more diverse and inclusive Britain in the industry’s creative output is slowly moving up the creative agenda. “While there is a willingness to show more diverse people, there is a fear of getting it wrong,” said Sara Tate, CEO of TBWA\London. With absolute precision, Tate identified this ‘fear factor’ as being key to holding brands back when it comes to translating the talk on diversity and inclusion into meaningful action.

The power of active listening

For brands to harness the power of inclusive creativity which truly connects and represents the communities it is seeking to engage with, a wholesale change in approach is necessary. A creative process which is wholly divorced from the reality of the lives of the consumers it seeks to connect with is increasingly out of touch.

In its place lies what TBWA\London’s Tate described as an "egoless creative process". She shared how Dan Kenny, one of the creative leads on the agency’s ground-breaking ‘Steal our Staff’ campaign for BECO. had completely changed his creative approach after spending so much time at the brand’s offices, talking to its staff, 80% of whom are people with disabilities. The resulting campaign had its creative roots in the amount of time he had spent in reception at the organisation hearing about audio-description. The agency also spoke to seven different disability organisations to get feedback throughout the process.

This uniquely ego-less creative process not only allowed TBWA\London not to stereotype the disabled people who appeared in the advert but deliver better creative work. As Tate explained, “It’s the crucible of what we should be doing as an industry; it's more ears and less mouth. We get things right and wrong but listening to clients, the business, their needs and the staff got us there.”

Camilla Marcus-Dew, Co-Founder of The Soap Co and BECO., shared that this inclusive approach had led to the brand achieving 23 million impressions on the campaign with a media budget of £3,000. “People are going above and beyond to share something they think is valuable,” she explained. She added that the campaign underlined the power of the industry to use its influence for good.

Yet realising this potential requires the industry to step back and listen to the communities it is seeking to connect with. As Marcus-Dew noted, “Come see people, come hear people’s stories. We can do it really well through digital platforms but come and have a cup of tea with us. Let’s go a step further and say [let's embrace] active listening.”

For it is empowering communities to tell their own stories that lies at the heart of realising the potential of an inclusive creative approach. Smart brands increasingly recognise that this shift is central to business success and shouldn’t be the advertising industry’s poorly funded side hustle. 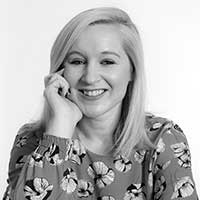