The barriers are coming down for eCommerce in Latin America, thanks to an alternative credit system that’s being created across the continent.

Historically, one of the most fundamental challenges for many consumers has been how to pay for goods online. That’s because up to 65% of local consumers do not use traditional financial services, credit cards, debit cards or bank accounts. But a rapidly growing alternative is opening up the market, allowing every consumer to pay via their device.

The new system is being spearheaded by MercadoLibre – Latin America’s biggest online retailer. MercadoLibre started two decades ago as an online auction platform very much in the mould of eBay but has since evolved into a major online marketplace.

Significantly, to make payments easy across its sites, the company lets consumers pay via MercadoPago, a secure virtual wallet they can top up with cash (or credit card or debit cards, if they have them). It’s available in Brazil, Argentina, Mexico, Colombia, Chile, Uruguay, and Peru.

To break down barriers even further, the retailer has also launched pre-pay credit cards in Brazil (in 2017) and Argentina (in 2018), and QR-code payments at merchants. These launches have all been major factors in reshaping Latin America’s retail behaviour.

Now, MercadoLibre’s payment volumes are soaring, both on the platform and off-platform at small to medium retailers, creating a major new financial player in the region. In fact, in 2018, Mercado Pago grew 68.2% year on year, processing 389 million transactions worth $18.5bn in sales.

eCommerce on the rise

Overcoming the barriers to payment has helped eCommerce become the fastest-growing retail channel in Latin America. It’s still small in terms of share of the CPG market but is growing 44% year on year – significantly faster than hard discount stores (6.4%) and convenience (9%). In fact, Nielsen estimates that CPGs in 2020 will see growth of 20% via eCommerce, compared to just 4% from offline channels.

Significantly, as more people learn to trust eCommerce, they are also buying more often and across a much wider range of categories.

Data from Mexico’s online sales association, the AMVO, shows consumer growth of 7% to 38% between 2017 and 2018, which demonstrates that consumers are moving daily purchases online – a fact backed up by the launch of food and beverage channels on Amazon in the country in 2018. In response, in 2019, MercadoLibre launched "Super MercadoLibre", its own online supermarket, which carries more than 20,000 CPG products.

Much of this eCommerce uptick is happening via mobile with incremental sales year on year via handheld devices up 36.3% in LatAm, led by Mexico, Brazil, and Argentina. This compares to 27.5% globally.

While eCommerce has become a serious success story across Latin America, in Colombia, some of that change has also helped the discount sector. Sales at local discount chains like D1, Justo & Bueno and Ara are up an average of 64% year on year, which is eating into other sectors’ market share. Big supermarket sales are down 5% and convenience stores, which were growing across the region, are down 12%.

Colombia’s democratisation of consumption has also helped drive dramatic growth in private labels (goods created by one company that are sold under the brand of another). They make up 18% of sales – the most of any market in the region – and are now expanding into new categories such as personal care. The second-largest market for private labels is Central America, but there, sales are just 8%.

With so much change, brands in this region need to be smart in identifying new trends in consumer purchases. The barrier to entry was previously the ability to secure shelf space in large legacy retailers, but that’s changed as consumers spread their shopping into a huge number of offline and online retail outlets.

Established brands now have to compete against their traditional rivals and new players. Every category will be different but as eCommerce gains more and more traction through easier payments, data will be critical in developing a better understanding of how consumers shop – online and in-store. It's the only way to build a solid sales strategy in a region that’s evolving fast. 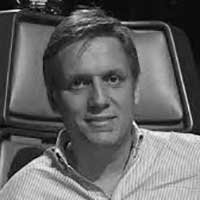