The reign of influencers may soon be over as Gen Z  prefers people with an established talent or those who are taking direct action, not just selfies. Paul Greenwood, Head of Research & Insight at We Are Social, explains how the next generation of consumers is changing the influencer landscape.

The whole point of influencer marketing was supposed to be authenticity. People who consumers could trust, who would share stuff they genuinely used and liked, rather than featuring paid endorsements. But with influencer marketing becoming mainstream, some ‘influencers’ having bigger social media followings than those who we’d traditionally consider ‘celebrities’, and the huge growth in advertising content on platforms like Instagram, the lines are increasingly blurred.

The strategy of getting talent with as big a social following as possible to mention your product to their followers is no longer cutting it for a particular generation of consumers – Gen Z.

This isn’t an unsubstantiated claim – We Are Social recently carried out research in the UK, taking an in-depth, qualitative look at 12 members of Gen Z, born between 1995 and 2002. We got to know how they behaved, what they thought about and what their core beliefs were. We found that for them, micro-influencers and super fans are who they want to see – people who bring real credibility to brand endorsements.

To gain a representative sample of Gen Z across the UK, the 12 participants were selected based on the following criteria: born between 1995 and 2002; living across the country, not just London; from both cities and suburban areas; have different family/socio-economic backgrounds; different ethnicities; are active social media users; and have some degree of passion around something: whether music, photography, fashion, sports, or social activism.

We Are Social’s research team then immersed themselves in the day-to-day lives of the participants - observing them in real-life and capturing their non-verbal cues and triggers. This qualitative method aims to get the closest look at the participant’s real selves, versus what they might claim to be in data collected through surveys or questionnaires.

The findings, which you can read in full here, reveal that many popular conceptions about this age group are false – especially the idea that young people are easily swayed by celebrity opinions.

Celebrity sway over Gen Z is, in fact, very limited if the celebrity is trying to flog something outside their realm of expertise, while influencers with mega popularity are downright unappealing.

While people from this age group are open to marketing messages via social media, they’re far more receptive if these messages are connected to something that they find valuable – learning more about a skill or discovering a new talent, for example.

We found that Gen Zers actively favour and follow people they see as having credibility that they’ve earned, not fame for fame’s sake. These could be people who are genuinely creative or knowledgeable; people with an established and inspiring talent of some kind; and those who are taking direct action, like the US high school shooting survivor Emma Gonzáles and the Swedish climate activist Greta Thunberg.

And watch out if you get rumbled for being a phoney. Raw, vegan food advocate Yovana Mendoza recently felt the wrath of the social media channels that had made her a star after she was filmed eating fish. ‘This is a complete misuse of your platform,’ one follower commented. ‘It’s extremely upsetting. Honesty is always the best policy. So disappointed.’

Our Gen Z research findings back up some of our own experiences. We Are Social’s Tango Squad campaign for adidas, for example, resonated strongly with its target market. It was based on a network of micro-influencers, all captains of local football teams from around the world, who were effectively turned into a mainstream media channel – thanks to a series of Facebook groups. While we could have shown adidas some large reach figures by paying one big name to post a piece of content, what we achieved with Tango Squad was authentic interaction with the target audience, which looks set to turn into long-term connections.

As a side benefit, the influencer model we used for Tango Squad allows clients to swerve some of the more promiscuous celebrities – the ones who might be endorsing a rival brand in a few weeks’ time.

We see a future in creating not just networks of micro influencers who are all in the same community, but also from complementary spheres. Beauty bloggers and mental health champions who can discuss self esteem; fashion lovers and environmental campaigners who can talk about sustainable consumption and so on.

The days where marketers could get away with the simplicity of cultivating a relationship with just a single influencer are already coming to an end. An individual’s reach and scale is making way for the power of collective micro networks.

Brands need to think smaller – a network of relatable peers. Select people who already have a connection with your business, don’t just buy their following. Work with people who have a talent that compliments your brand and show how you’re woven into their world, rather than imposing your creative on them.

Working with many influencers might be more of an organisational challenge, but if you want to reach the next generation of consumers, it’s a more effective place to start.

Paul Greenwood
Head of Research & Insight, We Are Social 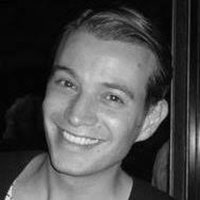