Dr Marie-Claude Gervais, Director at The Foundation, asks whether ‘customer centric’ brands really understand who they are designing products and services for.

Most organisations like to believe that they are customer-led or customer-centric. At the very least, they aspire to be so, even if they acknowledge that there is some way to go before that aspiration is met and sustained.

But the ‘customer’ that brands and organisations have in mind tends to have a narrow socio-demographic profile. Typically, this is men (and sometimes women), preferably ABC1, who are white British, straight, middle-aged and not disabled.

That’s many, many people who are not often part of the image of the ‘customer’ that organisations say and think they are ‘centred’ around.

The problem is that just about every product and service we consume has been designed around that ‘placeholder’ 2D image of the customer or citizen. Indeed, a lot of the basic infrastructure of everyday life – things like the internet, the healthcare system, education, the transport network and energy supply – has not been created in an inclusive way, with proper consideration given to the specific needs, aspirations and experiences of different groups of people.

Thanks to Caroline Criado Perez’s superb book, Invisible Women: Data Bias in a World Designed For Men, we all know that seat belts were tested using crash test dummies with sizes and weights representing the average male and that this led to women being 47%  more likely to be seriously injured than men in car crashes.

We also know that, after a heavy snow, local councils in Sweden used to remove snow first from the main city roads, which reflected the priorities of (mostly) men driving to work. When they decided to begin by clearing the pavements and side roads used (mostly) by women and children, the number of injuries and hospital admissions went down significantly, saving both lives and money.

More recently, we have learned that people from ethnic minority backgrounds are more likely to get and are more likely to die from COVID-19 than their white British counterparts. It may well be – though we simply don’t know for sure – that the vaccines are not quite as effective with people from different ethnic groups in comparison with those who took part in the clinical trials. It’s great to see that, a few weeks ago, AstraZeneca decided to pilot clinical trials in people’s homes to address this issue and improve the diversity of their evidence base.

Of course, the same reasoning applies to just about all aspects of society and it is as relevant to commercial businesses and their brands as it is to charities or statutory bodies. For instance, a while back, I did some work for Estée Lauder, Clinique and MAC. The work focussed on understanding the skincare and beauty regimes of Black, Asian and Chinese women in the UK. This might seem quite a small target market. But understanding the skincare and makeup needs of these women triggered a wave of simple product innovations, including a wide array of new foundation shades that established DoubleWear as the bestselling foundation in the UK. It also meant that, attracted to the brands, these women’s spend on a range of their other products increased significantly. A simple, but hugely lucrative approach.

I could multiply examples, having worked to understand the experiences and needs of women and minority groups – including people from ethnic minority and faith backgrounds, disabled people, LGBTQI+ people, poor and digitally excluded people – for some 25 years, creating opportunities for organisations to get things right for a wider range of people.

My experience has taught me that these design flaws and missed opportunities are never deliberate. It’s not that individuals and organisations want to exclude some people and make life difficult for others. It’s just that, in the inside-out world of the organisation, where most senior decision makers are themselves not very diverse and where management tools reinforce the status quo, people rarely take time to pause and ask questions about those they don’t know much about. And that’s the biggest barrier to change and growth.

It is a helpful – and very important - habit of mind to ask, systematically, as part of the routine ways of working in an organisation, whether there could be some groups of customers and service users that are less likely to be included in standard ways of doing business. Who might they be? What do we know (or not know) about them? What different needs, perceptions or experiences might they have which we could aim to address?

Ultimately, brands and organisations that ask these questions and provide tailored solutions outperform those that don’t. In the language of The Customer Copernicus, they step out of themselves – they escape the gravity of their internal pressures and priorities – and see the world through the eyes of different kinds of people be they customers, potential customers, citizens or just people around them in their communities. In doing so, they get a whole new view of the world. They discover new needs, new opportunities, new customers and, often, a renewed sense of energy and purpose. 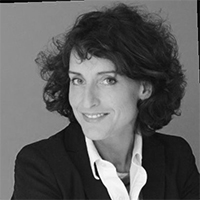 Dr Marie-Claude Gervais is Director at The Foundation.
Get a demo
Topics
Send feedback