Burger King says its latest ad is part of a long-term strategy, but any execution also needs to work on its own. And on that basis, says Phil Barden, the  fast-food giant is unlikely to succeed in its comms objective.

Hailed as ‘brave’ and ‘disruptive’, the Burger King ‘mouldy burger’ ad has created much debate and divided opinion in our industry. Assuming the communication objective to be about positioning the brand as a more natural product because it has no artificial preservatives, is the poster (below) an effective way to achieve it? We’ll review this as an isolated execution because to rely on other media having been seen already is a risky assumption; any execution has to ‘work’ on its own. 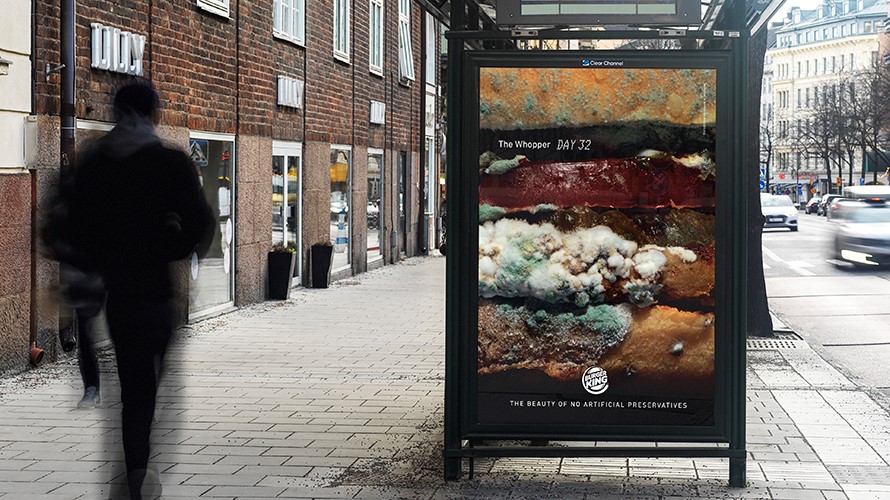 Customers don’t read our comms briefs, so we only have the tangible assets to build brand experience and equity… and equity is nothing but associations between the brand and motivations. It might sound obvious, but if something isn’t perceived by our senses, it doesn’t enter the brain, and hence has zero chance of being effective.

Perception is a key point here. One of Nobel laureate Professor Daniel Kahneman’s main insights was that our perception is bounded by stimuli. This is what is meant when he talks about WYSIATI (What You See Is All There Is), so the first step in mobilising System 1 is that our marketing activities/touchpoints have to be perceived. Taking this in the visual sense, the saying ‘out of sight is out of mind’ is literally true for the brain. This is acknowledged by our marketing objective to be ‘disruptive’ and ‘cut through’ the clutter; we want attention to be paid to our ad among thousands of other messages.

Data from eye-tracking suggest that this type of outdoor media receives c.2 seconds of attention. Using one of our AI tools, this one trained in ‘visual salience’, helps us to understand what will cut through in that short space of time (see image below);

We know that human beings act like magnets of attention but, disregarding the person in this street scene, it appears that the poster itself does trigger attention. This meets the objective of being seen but what, within the poster, will be attended to? The ‘hot spots’ of attention there are driven by contrast (size, shape and colour). This is one of the known drivers of so-called ‘bottom up’, or stimulus-based, attention. The most salient features of the poster are the mould. None of the text is likely to be read, which poses a problem for reflective (System 2) processing and, hence, resolution of the ‘message’.

System 1 can’t imagine, it is stimulus-bound in the moment and it is the stimulus that will be decoded and given meaning using pattern matching from our associative memories. This is an implicit process that happens automatically in milliseconds and has evolved to enable System 1 to make fight or flight decisions for survival. During this process the brain metaphorically asks the questions, ‘What is it? Where do I know it from/What does it represent? What’s in it for me?’

We’ve never experienced a burger looking like this image because normally one eats fast food straight away, so there is no reference frame available to put the image in perspective. Because of this, the answers to these questions are ‘mould’, ‘rotten food’' and ‘nothing' because rotten food is a threat to survival. This triggers ‘avoidance’ behaviour. Also, the image is highly likely to trigger ‘reactance’ which is emotional arousal with negative valence i.e. it’s unpleasant. Evolution has taught us to avoid such things.

Advertising exists to create, refresh or modify memory structures. These neural networks are built on the basis on ‘what fires together wires together’. What wires together here are the un-appetising burger and the brand. Associations – the key process in System 1 – are bidirectional, so if this ad establishes a strong link between the visual and the brand it means that whenever the consumer thinks of the brand, it will activate this image in memory!

But what about curiosity? Doesn’t the mere fact that a mouldy burger is shown engage System 2 to over-ride System 1 to find out more by, for example, stopping to read the copy? If that happens, doesn’t this then become a highly effective ad because we now solve the puzzle and ‘get it’? Because System 1 dominates our decision-making and has evolved to be highly efficient and effective at taking action to help us survive, System 2 may not even engage. And if it does, it could just as easily rationalise and confirm System 1 responses, which is a role that System 2 plays to make sense of our actions and decisions.

The ad relies on existing implicit associations that are activated by ‘natural’ food. Such associations are likely to be attributes such as better for you, healthier and tastes better than food with artificial additives – and all of these could be motivating.

However, whether burgers are associated with healthy eating is doubtful, and whether there’s an unmet need for no preservatives in this category is unknown. Moreover, the category is hedonic, it’s all about enjoyment (sensory pleasure).

Whilst the image is disruptive and distinctive, these only add value if done in a way that builds an association between the brand and motivations that are relevant in the category – in this case taste. Mouldy food does not prototypically signal taste, it violates taste. Hence this ad would have to rely either on the text being read (which is unlikely) or on exposure to other executions that are processed in the way that the brand intended. In the absence of either it’s unlikely that this ad achieves its communication objectives. 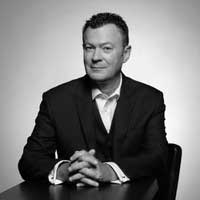