The term Web3 is now being used as the name for decentralised internet. Brands could have a role to play in shaping – and potentially funding – a decentralised internet, so it’s important for marketers to consider the likely opportunities and possible threats, says Christian Polman, Managing Director UK, Looping Group.

Over the past few months, the marketing and advertising press has been full of news and commentary about the metaverse and NFTs. Regardless of whether you fully understand these developments or have a view on whether they are positive or not, you will no doubt be clear that change is happening.

However, there’s potentially a bigger picture to the change that is underway that has received less attention, and that some commentators are saying could have an even bigger impact on marketing and advertising. And that’s the emergence of Web3.

The term Web3 has been around for a while – and has been used to refer to different things – but is now being used as the name for decentralised internet. Today, in the era of Web2, the internet is centralised, with the sites we use each day largely owned and run by corporations. In Web3, this central control disappears. Users own their data and online presences, and that information is shared with different websites and platforms that they access.

Web3 is driven by technology such as blockchain, which is the enabler of crypto currencies, and NFTs. The metaverse in turn is the virtual, experiential world in which NFTs – uniquely identified digital assets – can flourish and be the protagonists. Elements of Web3 have been with us for some time now. Ethereum is used all over the world for sending and receiving cryptocurrency; Bitcoin, the original cryptocurrency, launched 13 years ago; and NFT marketplace OpenSea and non-profit distributed social network Diaspora are also examples of established decentralisation.

Some of the proponents of Web3 point to the prospect of an entirely open web, not controlled by the likes of Google and Facebook, and with all the power in the hands of users. It would be wrong to dismiss this as a science fiction, but a total shift to Web3 isn’t going to happen. And the term Web3 is arguably hype, talked up by a relatively small number of individuals and organisations with ideological commitment to blockchains and the utopian vision of an internet controlled by the people.

However, an increasing move to decentralisation, coexisting with the current internet is likely. Elon Musk’s contentious takeover of Twitter is just another reminder that the internet – which was originally envisaged as an open web – has become a playground for billionaires, and decentralisation is opening exciting possibilities for consumers and brands alike. Brands could have a role to play in shaping – and potentially funding – a decentralised internet, so it’s important for marketers to consider the likely opportunities and possible threats.

With decentralisation, the consumer is in control, so the focus will inevitably be on unobtrusive, value-led marketing. This could see advertising becoming brand engagement that unlocks access to premium content and community benefits. And inevitably it will mean a far greater focus on brands creating attention-winning content focused on entertainment, utility, education etc.

Decentralised web technologies are likely to offer new possibilities for brands to create exclusive, personalised experiences. We are already seeing this with NFTs. A new level of personalisation becomes possible with NFTs due to their uniqueness, with brands able to create individual items, such as Burberry releasing its collection of NFT accessories for multi-player game Blankos Block Party. And we are seeing this with the development of the metaverse. For example, Gucci has created spaces on Roblox, such as the Gucci Garden, with visitors entering through a virtual lobby in which their avatars can view, try on and purchase digital items.

And beyond NFTs and the metaverse, brands potentially have opportunities to support the growth of distributed social networks – individuals collaborating to form their own decentralised networks – and DAOs (Decentralized Autonomous Organisations) – groups represented by rules encoded as a transparent computer program and controlled by the organisation members. The growth of open, decentralised platforms will require brands to be similarly open, authentic, and purposeful in their narratives. There will also be greater pressure on brands to take – and communicate – clear positions on issues affecting people and planet.

Advocates of the decentralised web rightly point to the benefits of interactions and transactions taking place between two parties without the need for a trusted third party. However, this could lead to a content free-for-all with no censorship or moderation and bad actors exploiting the lack of oversight. NFT fraud is already a reported issue, and brands now must warn people of scammers. Brands will need to be involved in the development of processes for distinguishing between acceptable and unacceptable material and for preventing and identifying fraud and security breaches.

At present much of the chatter about Web3 is restricted to forums and tech blogs. And, frankly, there are some quite outlandish predictions of what might be in the future. So, while a wholescale shift to a new internet is arguably the stuff of fantasy, the growing move to decentralisation is not. There is an increasing disquiet about an internet controlled by a handful of super rich individuals and corporations, and ever more investment in technology fuelling crypto currency, NFTs, the metaverse and open decentralised platforms. This shift presents opportunities and challenges for brands that they would be wise to start figuring out. 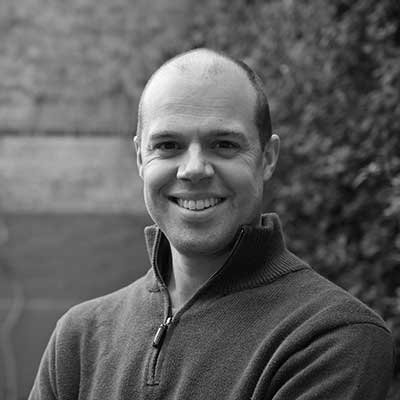