Although the term “in-housing” is relatively new, the concept of marketers bringing the advertising function in-house is not. As the thought of in-housing has once again become a hot topic among marketers, it will serve us well to gain some perspective on this cyclical phenomenon.

Before there were advertising agencies, there were people employed by media, primarily newspapers, to create ads for companies as encouragement for them to advertise in their publications. Advertising agencies arose to fill a need for independent services, unaffiliated with media properties, to represent client companies by creating and placing ads for them.

As long ago as the 1930s, there was substantial ink expended on the benefits and drawbacks of companies taking ad functions in-house. Advertisers have always found the idea of “house agencies” enticing, particularly because of the (often erroneous) presumption that they would save money. The same pro and con arguments have been invoked for about a hundred years now and here are some of the key rationales:

Role of the media commission in suppressing house agencies

For decades, the compensation model was for clients to grant a 15% commission to advertising agencies---and only external agencies—that were placing ads on behalf of their clients. That 15% commission was the agency’s primary source of income. The client paid 100% of the media cost to the agency; the agency kept 15% and passed along 85% to the media property. The rationale was that agencies played a valuable role in promoting use of media. Media companies could vet a finite number of agencies and thereafter extend credit to them with little risk. This was vastly preferable to checking the financials of potentially thousands of individual advertisers.

Some advertisers thought they’d keep the 15% by creating and placing the ads themselves, bringing those functions in-house. The Lydia Pinkham patent medicine company unsuccessfully undertook a series of subterfuges more than a century ago to have what was clearly its house agency qualify for the media commission. Union Carbide asked for agency status and then retracted the request. General Electric didn’t even pretend its ad department was an agency; it simply demanded a discount as a direct buyer that should benefit from the lowest rates available. They were all stymied in their goal because media denied them the commission, granting it only to recognized independent advertising agencies.

In response to these and other attempts to circumvent the system, the American Newspaper Publishers Association, Associated Business Papers, and other media associations required companies to file an application for recognition as an agency in order to receive the commission.

McGraw-Hill Publishing announced its own rules in 1932. In addition to requiring financial information to satisfy its credit requirements and an assurance that the agency would not rebate the commission to its clients, it also included the following:

These steps effectively quashed any large scale movement to house agencies for decades. In a March 1953 article in Advertising Agency magazine, respected agency consultant Kenneth Groesbeck remarked, “A house agency, of which there are only a few, is really the advertising department of the client masquerading as an advertising agency so it can buy space and time at the discount rates given bona fide agencies.”

Impact of the 1956 Consent Decree

In 1956, a federal restraint of trade challenge resulted in a consent decree signed by the American Association of Advertising Agencies (4A’s) and five media associations. The document barred media from denying the commission to any agency, and enjoined the 4A’s from endorsing that practice.

While it seems that this might have been a trigger for a torrent of house agencies, a Printers’ Ink article from June 24, 1960 stated that less than 2% of U.S. advertisers had house agencies. However, the article went on to say that there was more than mild interest in them among other 98%. That year, advertisers with house agencies included Sunbeam Bread, Sterling Drug, Wrigley, Warner-Lambert, and American Home Products.

Advertising Age commented in its September 5, 1966 issue that “there has been a net trend away from house agencies during the decade since an anti-trust decree made ‘house agencies’ not only legal but respectable. And there is mighty slender evidence to indicate that the trend is currently being reversed … it seems mighty far-fetched to see a resurgence of house agencies on the horizon.”

The seesaw of the late 20th century

The decades of the ‘60s through the ‘90s were characterized by a constant shifting of major advertisers to and from house agencies. A few examples of prominent advertisers follow.

The 4A’s was prompted to undertake a series of surveys to ascertain the true extent of the impact of in-house agencies on independent advertising agencies, as press coverage increased.

In 13 of the 16 4A’s “Movement of Accounts” studies conducted between 1975 and 1990, a higher dollar volume of accounts moved from in-house to agencies than the reverse. Only in 1975, 1982, and 1989 did the shift favor the movement to in-house. But it’s worth noting that in each of those three years, the loss was one hundredth of one percent of total billings of 4A’s members—hardly an exodus.

Starting in 1976, 4A’s also surveyed its members about “fragmentation or partial service,” whereby a function such as media buying, public relations, or creative for broadcast or print media was assigned to or removed from a 4A’s agency. Cumulative data show that the movement of partial services followed the same pattern as that of the total advertising function, but with one glaring exception. There was a distinct trend toward moving all or part of the media function in-house or to a media buying service. This was a harbinger of the broader phenomenon of media unbundling, which then led to the rise of media agencies in the 1990s.

Media was the costliest part of the budget, and was also at the fulcrum of the 15% commission system that so irritated advertisers. That made it a particularly attractive candidate for advertisers to separate from the creative account.

That is why so much of the “fragmentation or partial service” action from the late 1980s into the 2000s was of media accounts:

Things simmered along relatively quietly in the early 2000s, until the 2008 recession, when adverse economic conditions necessitated a careful re-evaluation of marketing costs and led to renewed interest in house agencies.

In 2008, ANA found the most common responsibilities of in-house agencies included:

Since then, the rise of digital, technology, and social media have all contributed to the growth of in-house services. Newer disciplines often cited by marketers as being handled in-house in the 2010s are:

At the same time, Lenovo and Under Armour abandoned in-house teams for agencies, Burger King eschewed in-housing entirely, Reebok has some in-house teams but relies on external agencies for its big global campaigns, and Intel’s Agency Inside (established in 2004) was effectively closed in 2018.

House agencies have taken on a few new manifestations this time around. For example:

Since we are still sitting in the midst of this latest era of house agencies, we don’t know when the current incarnation will recede. But even as Procter & Gamble and Unilever invest more in internal resources, the World Federation of Advertisers cautions the industry to reject what they dubbed the “hysteria surrounding the marketing in-housing trend” in June 2019.

A few bright omens for the future of agency-client relations

It remains to be seen if in-housing takes root permanently or instead takes its place among so many cyclical phenomena, but it is unlikely that things will swing back completely to how they once were. Regardless, this does not represent the death knell for agencies. They’ve been here before and survived; they will survive this and live to see the next bout of in-housing activity, although perhaps it will have different nomenclature. 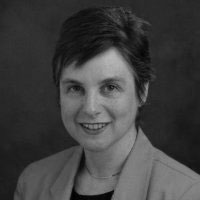