The price of TV and online video varies, but the cost does not always correlate to effectiveness. Here, MediaCom’s Marko Matejčić looks at the cost of one second of attention in order to better compare channels.

Let's say we've reached one million consumers over TV with frequency of three times within a week. And let's say we've done exactly the same through Facebook or YouTube, using the same creative. On the surface – it looks like we have the same results.

But it's clear that the impact on consumer attitudes toward the brand can't be the same from Facebook, where three seconds of silent autoplay video counts as a view, and through TV where a view is at least 15 seconds of continuous watching (Nielsen AMR).

That's why in order to accurately compare value of each channel, we need to add an additional variable that connects the two – and that's price for one second of user attention. Luckily, attention can be measured accurately through eye trackers so we can use existing research to add attention into the formula.

TV attention was measured through eye trackers in Nielsen and CRE’s The mind of the Viewer Report presented at the ARF conference 2017. It turns out that worst case scenario for TV is solo viewing with smartphone (or other devices) which have the following attention breakdown during the ad break: 39% of gaze time is spent viewing ads, 45% multiscreening and 17% doing something other.

Online video attention was measured through eyetrackes in IPG Media Lab and Magna study Turbo charging your skippable pre-roll campaign. The best case scenario for online video is non-skippable video where attention rates are around 95%. This is also intuitive – you're not going to start another activity during one small ad break.

In a real life planning scenario we could easily simplify these findings. Online video GRP (Gross Rating Points) is twice as expensive as the TV GRP, but this depends on local audience data and CPP.

But in real life even this scenario, in which the price of 1 second of attention from online video beats TV we must take this finding with a pinch of salt. The IPG Media Lab and Magna study measured only when real consumers were in front of an eye tracker. Concerns surrounding the viewability, ad-fraud, and inaccurate ad targeting continue to plague the online media industry. Solving these concerns would increase the price of online video attention significantly.

To conclude, I believe that proposed R&F&A model could be good direction for a more accurate evaluation of the relative values of online video and TV. This model is in its early days yet, and must evolve and develop before it can be turned into planning tool. 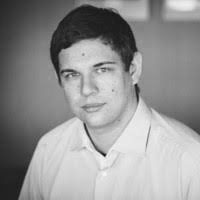 Marko Matejcic is Head of Insights at MediaCom Switzerland. For more than a decade he’s been helping brands become futureproof by bringing more accountability and effectiveness culture into their media buying
Get a demo
Topics
Send feedback