Data is fundamental to the UK’s majority service economy, and any non-alignment with its largest trading partner could have serious implications. The DMA’s Zach Thornton looks at the implications of a no-deal exit and how businesses can prepare.

The UK has extended the official deadline to leave the EU, but before then the EU Council will have likely reached an agreement on its version of the new ePrivacy Regulation text. Under the Prime Minister’s Withdrawal Agreement, the UK will closely align with the EU on data protection law, including the ePrivacy Regulation. The ePrivacy Regulation will replace the current ePrivacy Directive. The new Regulation proposes sweeping changes to the rules governing electronic marketing.

In a no-deal Brexit, the situation might be different and the UK may decide to diverge on ePrivacy. This would make it harder to strike a data deal with the EU though and would mean transferring data from the EU to the UK becomes more difficult. This would pose a significant barrier to cross-border trade and for this reason it is highly likely the UK will adopt the ePrivacy Regulation even after a no-deal Brexit.

There are many variables to consider but the DMA have estimated the earliest that the ePrivacy Regulation would be enforceable in the UK. There will be a 24 month transition period and Trilogue negotiations may begin in May or June this year. Assuming a Brexit where the UK aligns on data protection and a 24-month transition period, the Regulation would be enforceable from Q2-Q4 2021.

The DMA will continue to work with the Department of Culture, Media and Sport (DCMS) and FEDMA in lobbying for a balanced ePrivacy Regulation. Ultimately, the Regulation puts the success of the UK’s creative industries at risk. Considering annual UK exports of advertising services are worth £4.1 billion and every £1 spent on advertising returns £6 to the economy, resulting in £120 billion to UK GDP, policymakers have much to consider.

Data underpins the work of the creative industries, especially advertising and marketing, and the frictionless trade in data between companies working across Europe is crucial to the sector.

The UK’s 2018 Data Protection Act will ensure we maintain similar standards to the GDPR post-Brexit. However, a no-deal Brexit will cause a cessation of the free flow of data between the UK and EU. It will cause significant damage to the industry.

The UK will have to apply for Adequacy status after we have left the EU, which could take months. Adequacy status certifies that a country outside the EU or EEA adheres to data protection standards that are essentially equivalent to the EU’s. Once concluded, data transfers between the country with adequacy status and EU member states can take place freely.

Applying for Adequacy status could easily become a political process for the UK. A number of EU regulators have already flagged data protection concerns related to the UK’s surveillance laws and data sharing agreements with other countries, particularly the United States. Blowback from the Edward Snowden revelations about the snooping and wiretapping of the NSA and GCHQ.

In the event of a no-deal Brexit or if the UK does not receive Adequacy status, organisations will have to use alternative legal mechanisms to facilitate data flows. UK organisations will need to use standard contractual clauses to facilitate data flows with their EU-based partners and clients. Find out more about standard contractual clauses on the DMA website.

In short, a no-deal Brexit or a Brexit deal that doesn’t maintain the free flow of data opposes the interests of the data and marketing industry as a whole. A no-deal on data would cause immediate and complete ceasing of large portions of UK data-flows with EU countries, a practice through which enormous amounts of business is conducted. Indeed, 75% of the UK’s cross-border data flows are with the EU.

What Brexit means for immigration

Whilst the government has said that post-Brexit they will create an immigration policy based on skills, the data and marketing industry will not be able to rely on this to cover its talent and skills shortages. Indeed, the current proposed withdrawal agreement stipulates that EU citizens will not benefit from current policies which allow a greater number of EU citizens to live and work in the UK than from outside the EU. As such, the number of workers coming from the EU will decline.

The DMA will continue to take a pro-active role in both London and Brussels over the coming months, discussing the issues that matter to our industry.

Regardless of the Brexit outcome, the DMA will have an active role within the Federation of European Direct and Interactive Marketing Associations (FEDMA), ensuring the UK data and marketing industry’s voice is heard on key issues such as data protection, ePrivacy and the GDPR. We will also retain our pro-active, close-working relationship with UK regulatory bodies like the ICO. The UK’s ICO has always worked closely with national data protection authorities in a vast number of countries, both inside and outside the EU, on a bilateral basis and this will continue to be the case.

Steve Wood, Deputy Commissioner of the ICO, spoke at the DMA’s Data Protection 2018 event in late September. He reiterated that “GDPR must remain as an opportunity and not a threat” for both businesses and consumers alike. Regardless of the political landscape post-Brexit, the ICO are committed to maintaining closely aligned data protection standards with the EU and aim to be active partners in the European data board. The ICO “remains an open, helpful and practical regulator willing to listen” and so businesses must look to work with them, not against.

Access to talent from the EU and the free flow of data are critically important and must be preserved with minimal disruption. Uncertainty over the future of these two functions could potentially threaten the global status of the UK’s creative industries. 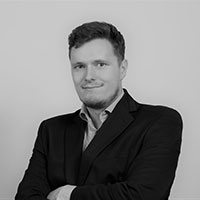